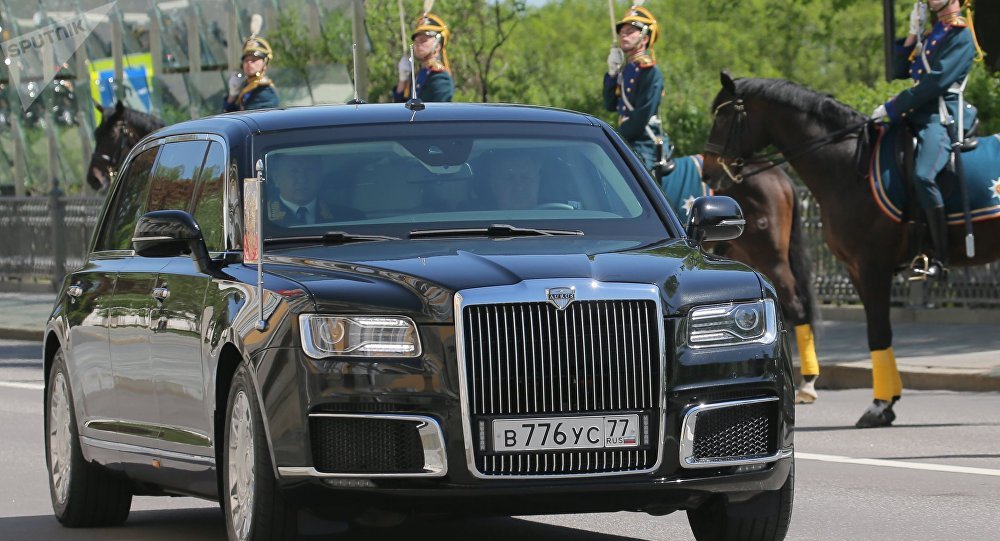 In July, the Russian Industry and Trade Ministry announced that the defense, security and development fund (DSDF) of UAE company Tawazun signed an agreement on entering a joint venture for manufacturing Aurus vehicles, in which it would invest 110 million euros ($128.5 million).

"If you remember, we have signed an agreement with a UAE company on joining the project. They are interested in promoting and buying cars," Manturov said.

The minister noted that the signing of contracts on cars' supplies would start in September.

"As regards the commercial segment, we have already received bids, there are a lot of them, more than a hundred, but the signing of supply contracts will begin after the presentation at the Moscow Automobile Salon. The signing of the documents will begin in September," Manturov said. 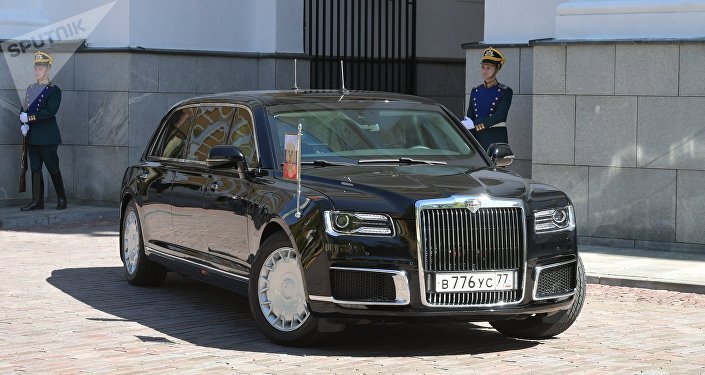 © Sputnik / Sergei Guneev
UAE to Work Jointly With Russia On Civilian Adaptation of Presidential Kortezh
About 120 Aurus cars are expected to be manufactured in 2019, with more than 50 of them to be sold to the main customer, the minister noted.

"Taking into account that the Tawazun company from the UAE has become one of our partners… I think that… the Middle East will become the first partner of these cars. And then all other countries, primarily Western countries," the minister underlined.

Moreover, Manturov added that the serial production of an off-road Aurus vehicle will start in late 2019 or in the first quarter of 2020, while the mass production of an Aurus motorbike will not be launched until 2020.

A convertible from Russia's Kortezh project is expected to be featured in the country's annual Victory Day parade in 2020, Denis Manturov said.

"Regarding the convertible: yes, the task is set, and our colleagues are working on it. On May 9, it will definitely [be featured], the question is of what year. I can't promise that it will be 2019, but I can definitely promise this for 2020," Manturov told reporters during a presentation of Russian luxury car Aurus Senat.