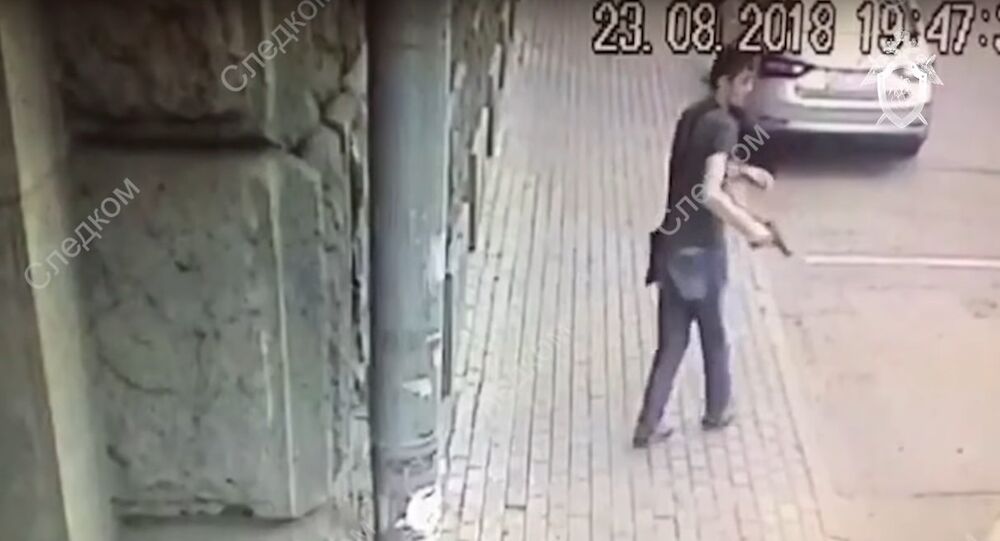 The Russian Investigative Committee has published a video of an attack on two policemen in the center of Moscow that occurred on August 23.

A man opened fire on two policemen without any reason in the small side street Sivtsev Vrazhek in the center of Moscow and wounded one police officer.

In the beginning of the clip, the attacker randomly shoots at law enforcement representatives.

The video that was published on the Investigative Committee's Youtube channel, then shows non-targeted shots by security officials toward the gunman's legs. After that, the assailant tried to escape but fell to the ground after another shot by law enforcement officers.

The attacker was wounded in return fire, disarmed and has been taken to a hospital, where he later died of his wounds.