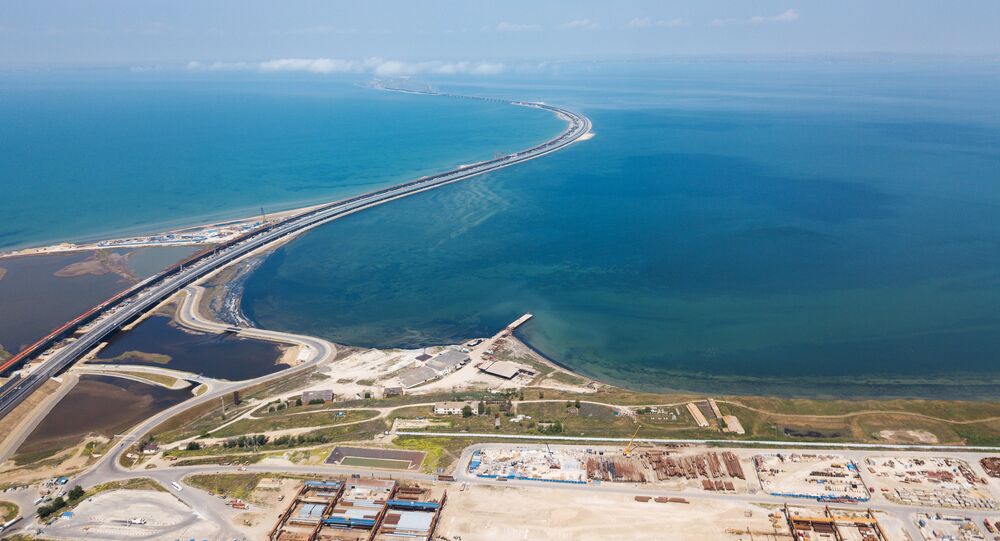 The ferry line will connect several ports on the peninsula to Turkey across the Black Sea.

SIMFEROPOL (Sputnik) — CEO of Crimean Sea Ports Alexey Volkov told Sputnik on Thursday that the company is expecting to launch the sea connection by fall.

"The negotiations with the freight forwarder have been held. The ports that will be part of the future ferry line will be announced later," Volkov said.

Introduction of the ferries services would be the second major establishment of the transport connections between the peninsula and the rest of the world made this year. In May, the road section of the Crimean Bridge across Kerch Strait connecting the Crimean Peninsula to Russia was inaugurated by Russian President Vladimir Putin, becoming the first direct road link between the region and mainland Russian. The longest bridge in Europe, the Crimean Bridge has already been crossed by nearly 1,6 million drivers in less than three months. The railway section of the bridge is expected to be constructed by 2019.

Crimea, a former part of Ukraine, rejoined Russia in 2014 following a referendum, which was heavily criticized by Kiev. Western countries later imposed sanctions on Moscow for what they call an annexation of the peninsula, while Russia has repeatedly denied all accusations, saying that the vote was held in compliance with international law.

US Will ‘Have a Hard Time’ Prying Crimea Back From Russia

Crimea: Longest Bridge in Europe Set to Be Unveiled (VIDEO)