MOSCOW (Sputnik) - Archaeologists have found an ancient burial ground in an area where a future bypass around Aksay in Russia's Rostov region is planned. The scientists speculated that it could be a 1,000 years older than the Egyptian pyramids, Russian state company Avtodor-Toll Roads that commissioned the excavation, stated Thursday.

"During the excavation, archaeologists found the most ancient burial ground on the Don [river], which might date back to the fourth millennium B.C., six thousand years ago, a thousand years before the [construction] of the first Egyptian pyramids! According to scientists, these are unique findings that could be considered a really sensational scientific discovery," the company said in a press release.

According to the company, the archaeologists have discovered underground stone constructions that served as catacombs. In addition, vessels and copper tools were found in the catacombs, which could mean that people of a higher social status were buried there. 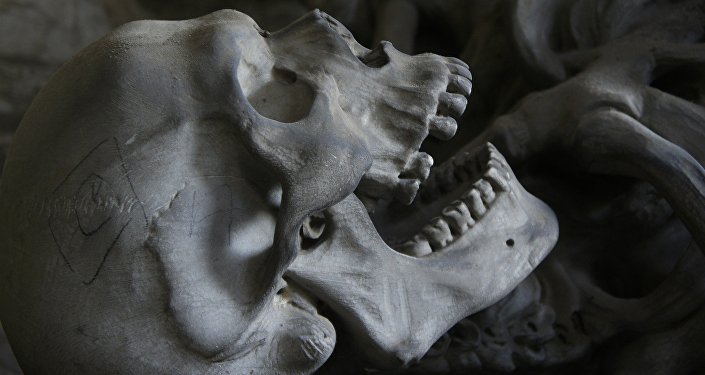 © CC0 / Pixabay
‘An Unusual Case From Medieval Italy': Archaeologists Discover Rare Coffin Birth (PHOTOS)
The ancient barrow, where the excavation was taking place, has long been known to experts. The site even appeared on 19th-century maps under the name of Figurin. However, archaeologists had not been able to explore the site for many years due to the absence of the necessary funding, which was finally allocated once the Aksay bypass project launched.
...
Reddit
Google+
Blogger
Pinterest
StumbleUpon
Telegram
WhatsApp
224