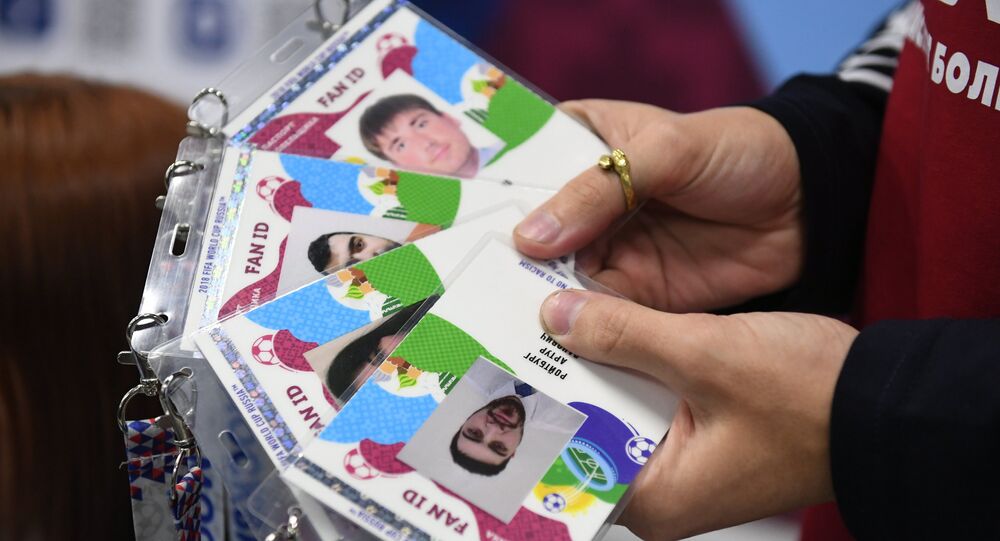 The bill was inspired by the positive experience of holding the FIFA World Cup in Russia and extends the visa-free regime for Fan ID holders until December 31, 2018.

According to the Russian Digital Development, Communications and Mass Media Ministry, as many as 1.5 million Fan IDs have been granted to the spectators of the 2018 FIFA World Cup, including 871,000 documents issued for Russian citizens.

Russian President Vladimir Putin has signed a law allowing holders of FIFA World Cup FAN ID to visit Russia without visa until the end of 2018, according to a document posted on the Russian government's web portal of legal information on Friday.

“Fan ID holders will be allowed to enter Russia visa-free until the end of the year, and their family members will be able to get visas for free,” Putin said.

Meanwhile, More than 23,000 football fans visited Moscow's museums using their Fan IDs to get a discount during the 2018 FIFA World Cup.

© Sputnik / Grigori Sisoev
Trump Calls FIFA World Cup in Russia One of Best Organized Ever
In addition, Fans who have obtained tickets for the World Cup matches, as well as their Fan IDs, could book free seats for trains traveling between host cities of the tournament.

Russia hosted the 2018 FIFA World Cup from June 14 to July 15. France was the winner of the competition.

The media officer for the Qatar 2022 Supreme Committee for Delivery and Legacy, which will be in charge of providing infrastructure for the event, Khalid Al-Naama, said in July that Qatar's Local Organizing Committee planned to use the Fan ID system and was considering providing free transportation for football fans as well.