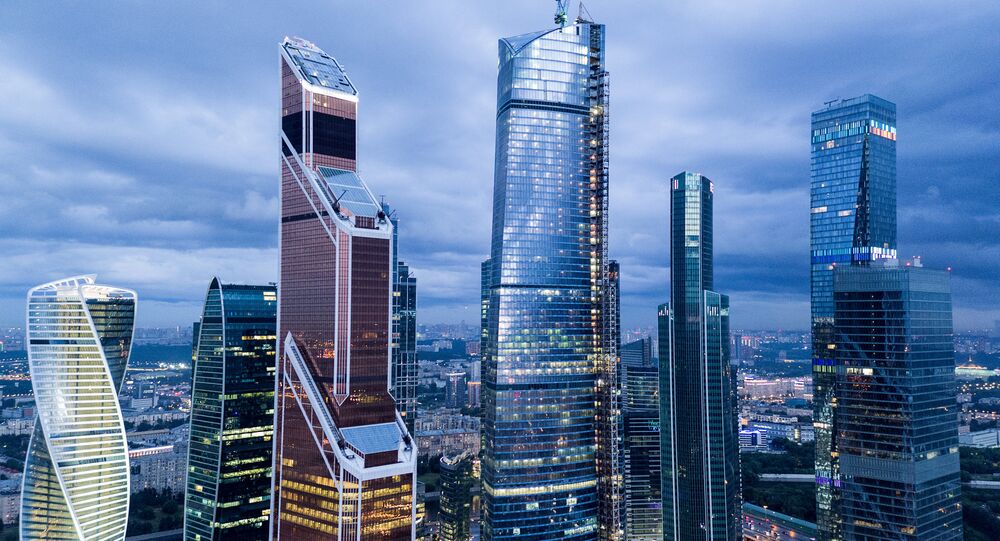 MOSCOW (Sputnik) - Standard & Poor’s (S&P) said in a statement on Friday that it has affirmed Russia’s foreign currency long- and short-term sovereign credit rating up to 'BBB-/A-3' from ‘BB+’ with a stable outlook.

© REUTERS / Madoka Ikegami/Pool
China-Russia Trade May Exceed $100Bln Due to Russian Economy's Recovery - China
"The ratings are constrained by the structural weaknesses of the Russian economy, which remains dependent on revenues from oil and gas exports, as well as by wider institutional and governance bottlenecks," it said.

"While Russia's oil and gas sectors only make up around 8 percent of GDP, they still account for some 45 percent of total exports. Further rating constraints include geopolitical tensions and their resulting international sanctions that could drag on Russia's long-term economic growth prospects."

Standard & Poor’s said the stable outlook balances the risks arising from the renewed escalation of geopolitical tensions against the potential for additional enhancement of Russia's public and external finances.

"We may take a positive rating action on Russia in the next 24 months if its economic recovery gathers momentum and GDP per capita trend growth reaches rates comparable with countries at similar levels of development," it noted. "We could take a negative rating action should geopolitical events result in foreign governments introducing materially tighter sanctions on Russia, for example, on large state-owned energy companies."

"The Finance Ministry expects that a positive trend in Russia's economic growth and a responsible budget policy will give this agency strong grounds for raising sovereign credit rating of Russia in the future," Siluanov added.