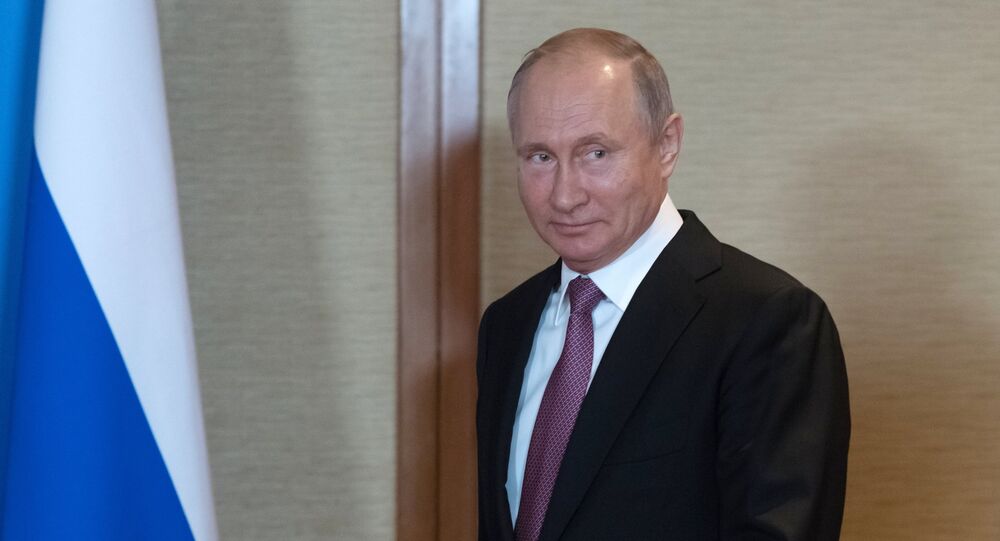 MOSCOW (Sputnik) - Russian President Vladimir Putin said on Saturday that Russia was "thankful" to the 2018 FIFA World Cup guests for "millions of kind words" they said about the country.

"We're thankful for the millions of kind words that the World Cup guests said about Russia and our people, we're glad that they liked our hospitality and openness, nature, culture, traditions of our big country," Putin said at a concert in the Bolshoi Theatre devoted to the closing of the FIFA World Cup.

The Russian leader added that he was happy that "the guests had seen everything with their own eyes."

© Sputnik / Sergei Karpukhin
FIFA Head Infantino: 2018 World Cup in Russia 'Best Ever'
Putin also said that Russia had prepared for holding the 2018 FIFA World Cup "fundamentally and responsibly" and the country is happy that the football championship has been held successfully.

"Russia has fundamentally and responsibly prepared for the championship and we are sincerely glad that it was a success, which united millions people around," Putin said at a concert in the Bolshoi Theatre devoted to the closing of the FIFA World Cup.

The Russian leader also promised to think about a possibility of organizing of a "comfortable visa regime" for fans, who "have fallen in love with Russia," and who are seeking to return again and bring their families and friends.

He added that Russia would always be happy to see "old and new friends."

On Sunday, Moscow's Luzhniki Stadium will host the final match between the national teams of France and Croatia, which will mark the end of the 2018 FIFA World Cup.