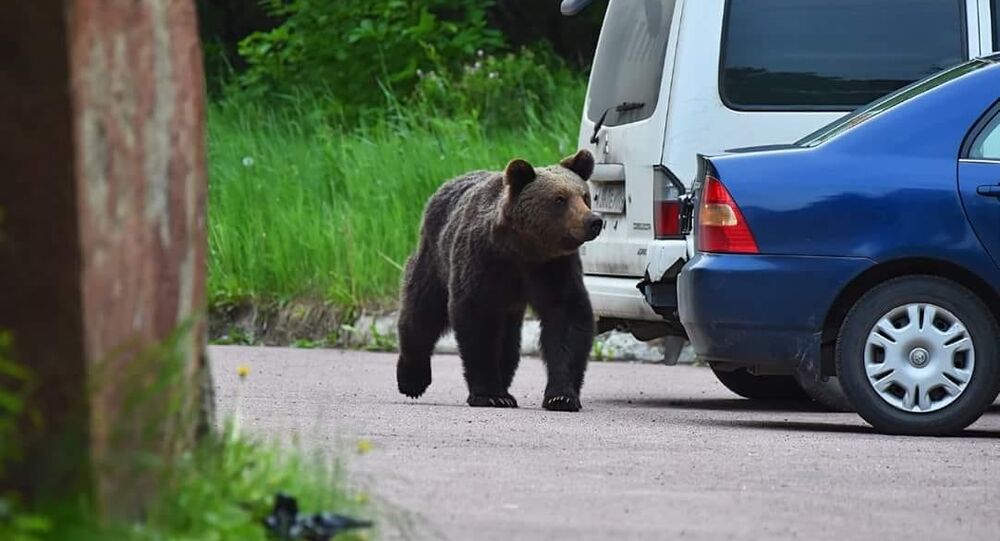 Residents of the town of Neryungri in Russia's Sakha Republic are used to close encounters with their furry forest neighbors. However, the last few days have seen an uptick in brown bear sightings in urban areas, prompting the authorities to take action.

On Wednesday, local news portal Yakutia 24 reported that wild bears came to visit the hospital in Neryungri for the second day in a row. "For two years we have not seen such a case, but yesterday, one bear came and scattered garbage cans about. Today the number of bears that came grew to three. I sent a letter to the Neryungri Committee for Nature Protection," the hospital's head doctor explained.

"For the second day in a row wild bears came to visit the hospital complex in Neryungri in Yakutia. This was reported to Yakutia 24 by Central Regional Hospital head doctor Nyurun Stepanov."

Sputnik got in touch with Neryungri nature service head Vladimir Innokentiev, who explained that measures would be taken. "Information was received about several bears walking around the territory of the hospital. Today, a team of hunters along with our officers will set off to ambush the bears," he said.

© Sputnik / Evgenya Novozhenina
Vuvuzela-Wielding Bear Cruising Through Moscow Under Investigation - Report
Innokentiev had not clarified whether the bears would be shot with a tranquilizer and moved to a safe location or killed. But Russian social media users fearing the worst urged authorities not to harm the bears. "A bear in the taiga is its native resident, and isn't just a mushroom picker," one user wrote. "Did they cut down their habitat?" another inquired. "It means there is a reason for this; it's necessary to trace this phenomenon to its roots. Of course it's easier to just grab a gun and kill animals," another tweeted.

Bear sightings are a common occurrence in Neryungri, taking place near residential areas, trash pickup areas and landfills. According to the Sakha Republic's hunting department, there has been an uptick in bear sightings in human settlements in recent years. This has been attributed to a growth in the brown bear population, their migration patterns, and forest fires, which plague the region during the summer.