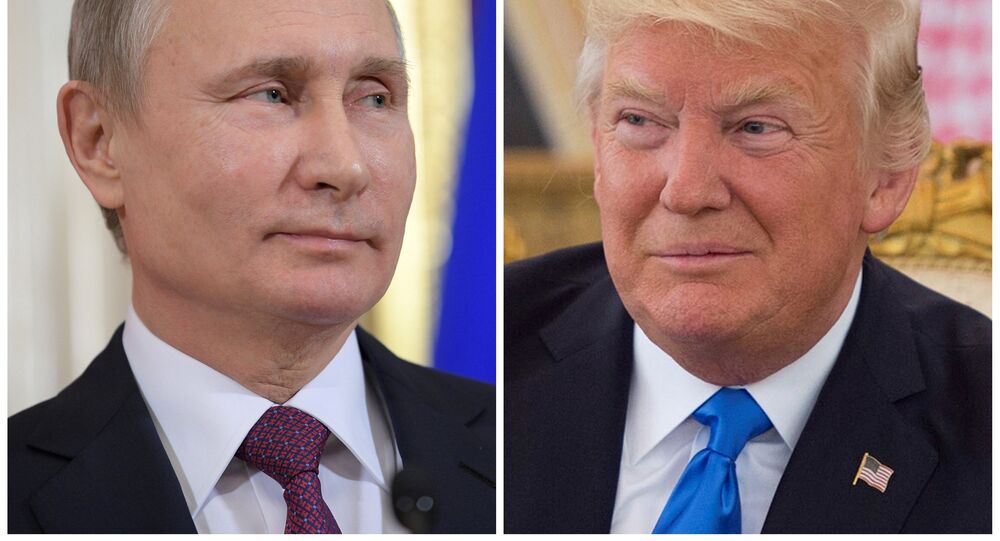 "As you know, some serious preparations are taking place. The meeting is anticipated by many. There will be a very serious talk on very difficult issues," Peskov told reporters. The leaders would discuss Syria "in a comprehensive manner," he said.

However, Peskov stressed that Putin's work schedule for his July 16 trip to Helsinki was still being coordinated.

The spokesman also noted that Russia was ready to take steps to normalize relations with Washington to the extent that the US side was ready for this.

"President Putin from the very beginning has been saying that the Russian Federation was interested and ready to develop relations [with the US] and follow the path of normalizing relations with the United States to the extent that our US counterparts were ready to do it," Peskov stated, adding that Putin would be ready to once again deny Russia's alleged meddling in the US election, if the US president raises this issue.

© Sputnik / Andrey Iglov
Kremlin Unable to Verify Trump's Remarks on Crimea
The official addressed the reports of the CNN news outlet, which previously stated, citing its diplomatic sources, that Trump had once again "raised the idea of pulling the US out of Syria" during a meeting with King Abdullah II of Jordan, seeking for the deal with Moscow in order to "get out ASAP.

"You know, I do not understand what this CNN report is based on, whether this information is based on anything, we do not know anything about it," Peskov told reporters.

He also addressed the question about the possible invitation of the US president to the World Cup final match ahead of the summit.

"There is no special plan. The meeting in Helsinki is currently being prepared. This is a serious preparation, you know. Many people are waiting for this meeting," Peskov told journalists, adding that no special invitations were needed, as Moscow would welcome "any head of state, any government member, any monarch."

Match Between Russia and Spain

The spokesman regretted the fact that the Russian President would not be able to attend the FIFA World Cup match between Russia and Spain.

"Putin's schedule, unfortunately, does not let him attend this match. Initially, the schedule included and still includes Putin's visits to the World Cup opening and closing. But, of course, he will support our [team] like all Russian fans," Peskov told journalists.

He added that a separate meeting between Putin and Spain's King Felipe VI is not scheduled because the monarch would only attend one World Cup game.

"A separate meeting is not planned. The king's schedule accounts for a quite short stay in Moscow, basically, he will only arrive for the match and will leave the Russian Federation immediately after. Of course, Moscow will be glad to welcome the king of Spain," Peskov said.

The round of 16 game between Russia and Spain will be held at Moscow's Luzhniki Stadium on Sunday.

Trump Eyes Deal With Putin on US Pullout from Syria – Reports