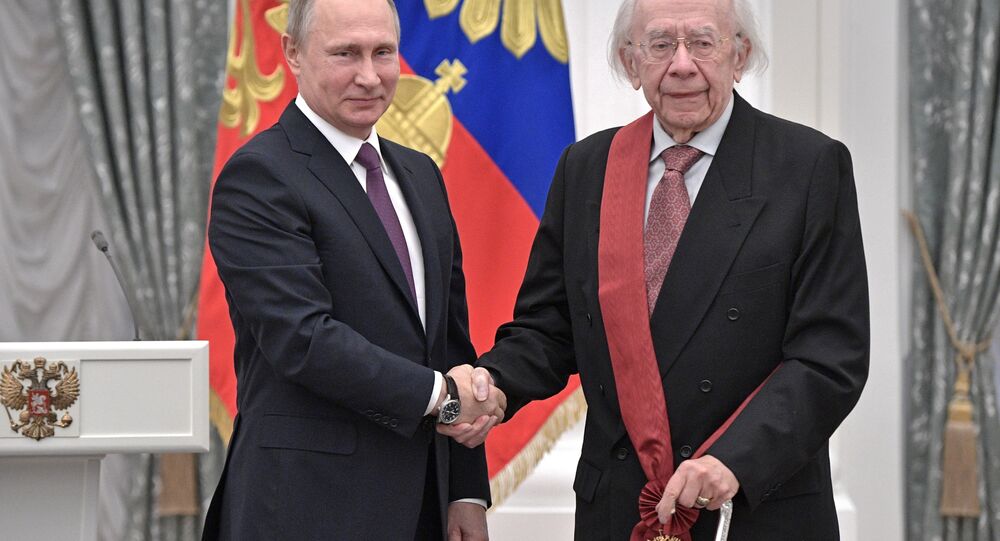 Acclaimed globe-trotting Russian conductor Gennadi Rozhdestvensky, who led many of the world’s greatest orchestras, has died at 87.

Rozhdestvensky's death was confirmed by Moscow's Tchaikovsky Conservatory on Saturday, without additional details regarding the location or cause of the death of the famed Moscow-born musical ambassador of Russian music and culture.

A former music director and chief conductor of the Moscow State Academic Chamber Theater, Rozhdestvensky was well-known for his guest stints leading some of the world's greatest orchestras, including the Berlin Philharmonic, the Boston Symphony, Royal Concertgebouw Orchestra, the BBC Symphony Orchestra and the Royal Stockholm Philharmonic Orchestra.

The conductor's fame also brought invitations from orchestras in Cleveland, Ohio; Chicago, Illinois; Vienna and of course the many classical musical establishments in Moscow and around Russia.

In a lauded career spanning over six decades the distinguished orchestra leader — who precociously debuted at the age of 20 in 1951 by conducting a Tchaikovsky ballet at the Bolshoi Theatre — went on to take musical chances in the former Soviet Union by performing works previously banned by Communist authorities, including those of Shostakovich, Hindemith and Poulenc.

A celebrated pianist and composer in his own right, Rozhdestvensky — in contravention with classical orthodoxy — allowed for the element of chance in his performances by leaning toward less rehearsal, according to Gramophone magazine.

"The point of rehearsal is to put together the concert, not to give the concert" the conductor stated, cited by the BBC.