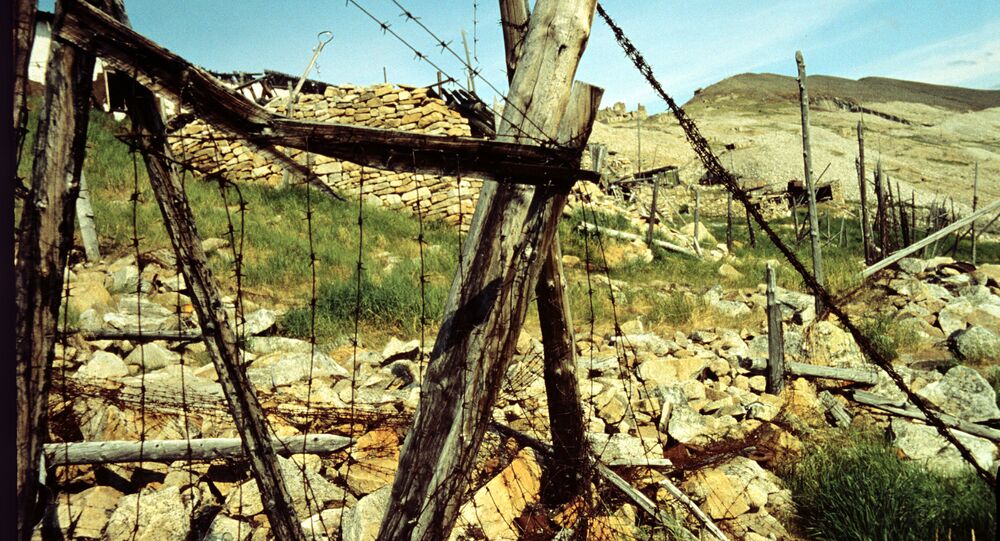 According to the Russian deputy minister of internal affairs, Gulag documents are "kept forever," in line with strict formal regulations. The statement followed multiple reports that prisoner records applying to notorious Gulag prison camps which operated in the Soviet Union all the way up to 1960 are allegedly being deleted.

Russian newspaper Kommersant cited a Russian museum researching the history of Gulag as saying that prisoner data was being destroyed, presumably under a clandestine order.

The records of the mid-20th-century gulag program are — for the most part — 'registration cards' featuring prisoners’ personal data as well as tracking their movement between camps as well as their  release date, if any. In the event of death, authorities sent a special report for permanent storage in the archive. The survivors’ cards, naturally limited in number, often provided exclusive information about their fate.

It has emerged that at least one card went missing, according to Russian media, citing museum director Roman Romanov. When authorities in the Magadan Region in Northern Russia were sent an inquiry over the issue, a local branch of the internal affairs ministry responded by saying that the document had been destroyed under a 2014 confidential order, reportedly approved by multiple Russian ministries and services, including the interior ministry and justice ministry. The order is alleged to have overseen the destruction of Gulag files after convicts turn 80.

The question was again raised at Friday’s Human Rights Council meeting. In the course of the session, Russian Deputy Minister of Internal Affairs Igor Zubov said the registration cards are kept forever and that the rules regarding this practice are very strict.

The head of the Gulag Museum suggested that the case is administrative in nature, Lenta.ru reported. “What has happened in Magadan is the first such case in hundreds of similar requests,” he told the online media outlet, adding that historic political prosecution and repression continues to be a sensitive topic for Russians.