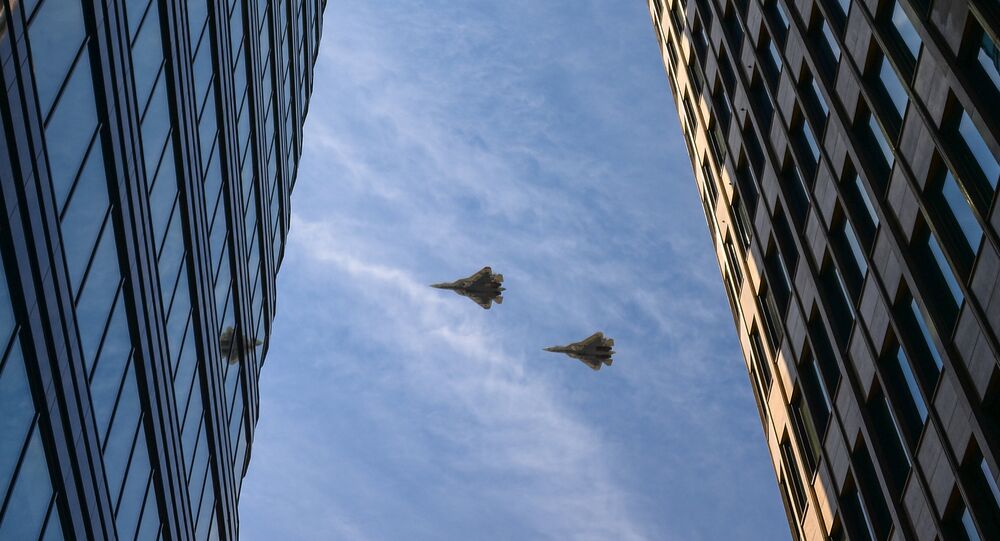 Speaking to Sputnik, former Russian test pilot Magomed Tolboyev touted the Sukhoi Su-57 stealth air superiority fighter as "the future of Russian combat aviation" and a plane which was created with the help of the most advanced technologies.

He recalled that the Su-57 is capable of flying in a non-afterburning mode at a cruising supersonic speed of 1,600 kilometers (994 miles) per hour.

"An afterburning flight stipulates a huge waste of fuel, and the Su-57 can develop a cruising speed without using an afterburner. No one in the world can achieve this, neither France nor the UK, Rolls-Royce or Pratt & Whitney," Toloboyev pointed out.

He noted that "what is showed to the general public is just a tip of the iceberg and the rest is only available for us — professionals, test pilots and the country's military leadership."

"This know-how is top-secret information, which is why the future of the Su-57 should not be discussed by amateurs from the media," he concluded.

Tolobuyev's remarks came after The National Interest's staff claimed in their article that "the Su-57 does not have a particularly bright future" because the warplane is allegedly based on "the systems developed for" Russia's fourth generation Su-35S fighter.

© Sputnik / Evgeny Biyatov
US Analyst Describes Six Most Impressive Aspects of Russia’s Su-57
The first test flight of the Su-57 took place at Zhukovsky airport on December 5, 2017. Flight tests were later resumed in February, 2018 and the plane made its debut at the Victory Day Parade on May 9 on Moscow's Red Square.

The Su-57 is equipped with a state-of-the-art avionics system capable of autonomous battlefield calculations, allowing it to assist the pilot.

Additionally, the plane is fitted with an active airborne phased array radar, which allows the Su-57 to swiftly detect air, ground and naval targets.