Multiple Russians regions have been struck by anomalously cold weather as Russians celebrate the formal start of summer.

Ufa, a major industrial and agricultural center in the Republic of Bashkortostan, seems to have gotten the worst of it, with users capturing videos of thick snowflakes falling on the city's residential neighborhoods.

Naberezhnye Chelny, a city along the Kama River in the Tatarstan Republic, was also hit, with users writing sarcastic comments like "June 1, 2018: Summer, Hurray!" on their vehicles.

"June" written in snow in photo. 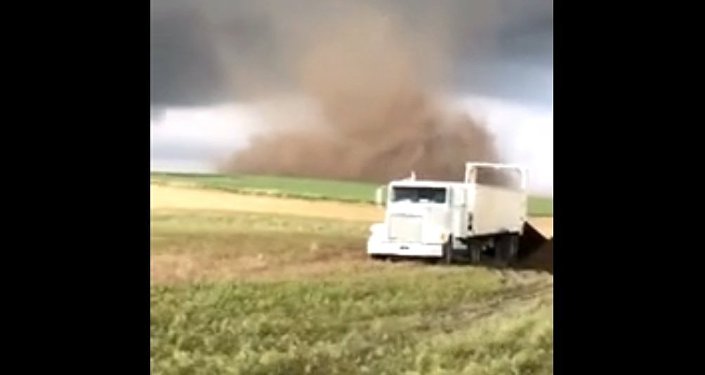 Twitter / EmilyAReports
Colorado Farmer Surrounded by 3 Tornadoes
The Russian capital faced its own record cold snap, with temperatures dipping below zero degrees Celsius. The —1.8° temperature recorded Friday morning was the coldest since 1881, according to the Meteonovosti weather portal. Forecasters expect temperatures to climb back up to seasonal norms of 24° over the weekend.

Contrary to popular misconception, Russia is not actually permanently frozen over. During the summer months, most of the country enjoys weather not much different from that in Europe or North America, with average temperatures ranging between 18 and 25° in June.