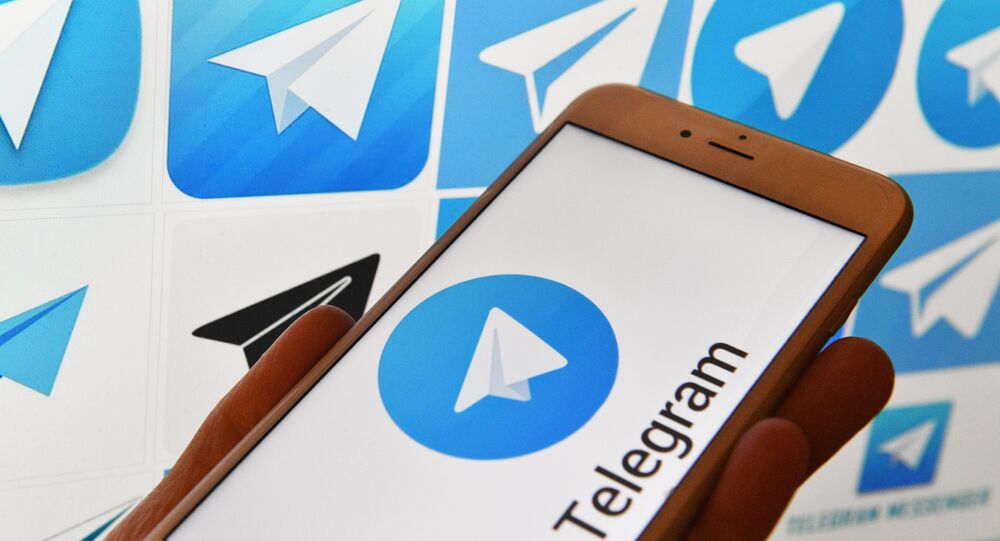 MOSCOW (Sputnik) - Founder and CEO of Telegram messenger Pavel Durov said Thursday that US tech giant Apple was preventing users worldwide from being able to update their Telegram mobile applications because the messenger was being blocked in Russia.

"Apple has been preventing Telegram from updating its iOS apps globally ever since the Russian authorities ordered Apple to remove Telegram from the App Store," Durov said on his Telegram channel.

The CEO's statement comes the day after the messenger's website reported that Apple had been blocking updates to Telegram since mid-April.

Roskomnadzor began blocking Telegram in Russia on April 16, explaining the move by the fact that the messenger was widely used by terrorists for communication. The watchdog further specified that Telegram had refused to provide encryption keys to the Russian authorities to track down terrorists.

Durov said that the messenger would use built-in methods to bypass the restriction. In response, Roskomnadzor has blocked a range of IP addresses belonging to Google and Amazon that were used by Telegram.

About 7,500 Attend Moscow Rally Against Blocking of Telegram – Interior Ministry