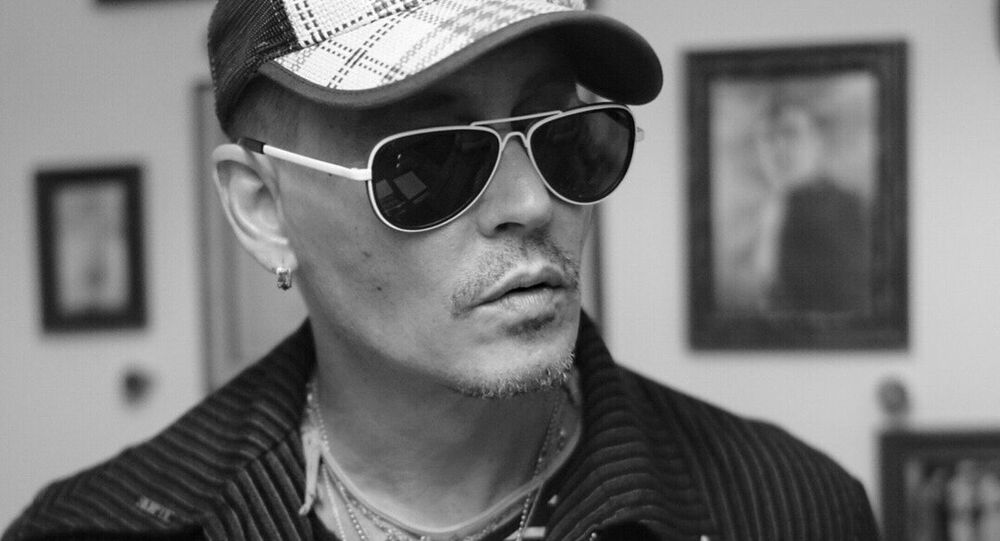 The movie star arrived in the Russian capital to give a concert on May 28 as part of the Hollywood Vampires rock band.

The rock band is fronted by Alice Cooper and features Johnny Depp and Aerosmith's Joe Perry on guitar.

"There will be rumbling in ears and there might be blood trickling out of one ear," Depp said when asked about the concert.

The Hollywood Vampires were formed in the 70s on LA's Sunset Strip and had a number of high profile stars on its rotating list. Johnny Depp joined the band in 2015.

Meanwhile, on May 27, the Hollywood star was spotted soaking up Russian culture in Mayakovsky museum in the heart of the Russian capital.

"Johnny Depp visiting the State Museum of Mayakovsky in Moscow this afternoon ahead of the Hollywood Vampires show," the museum representative said in a post on Facebook.

Founded in 1937, the State Museum of V.V. Mayakovsky has unique artistic, memorial, photographic and documentary endowments dedicated to the life, creativity, and memory of the poet, as well as his contemporaries.

Vladimir Mayakovsky (1893-1930) was a Soviet Russian poet, playwright, artist, and actor, as well as a prominent figure of the Russian Futurism, a movement that rejected traditional poetry in favor of formal experimentation, embracing the social changes promised by modern technology.

His verses, surreal, seemingly incongruous and absurd, relying on forceful rhythms and exaggerated imagery with words cut into pieces and wavered across the page and peppered with street language, were often considered unpoetic in literary circles in the early XX century.