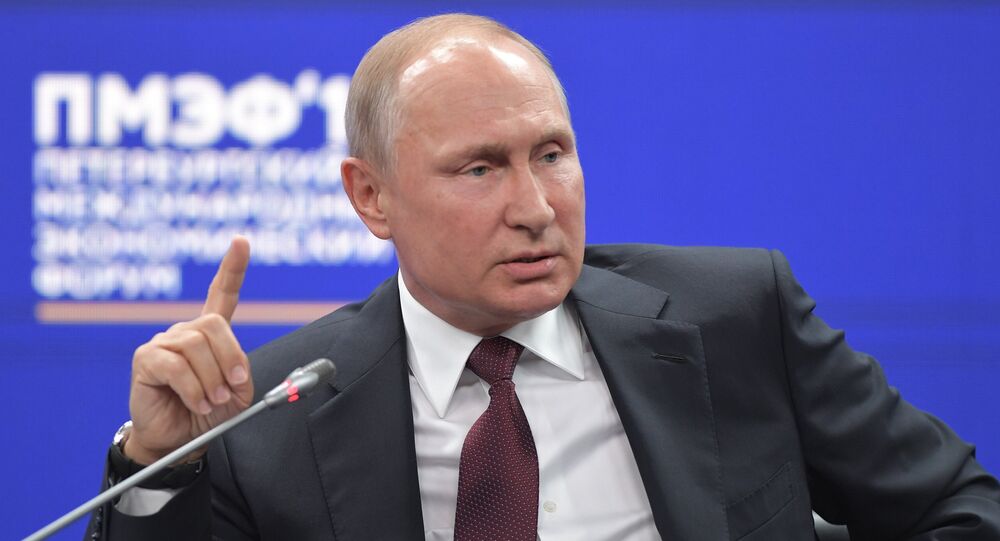 "If we want total denuclearization we have to give North Korea guarantees about its sovereignty and security," Putin Was quoted as saying Friday by Spain’s EFE at a meeting with the world’s major news agencies.

Putin, who was speaking with ten media chiefs on the margins of the St. Petersburg International Economic Forum, reiterated that Korea’s denuclearization could only be achieved through dialogue.

© AP Photo / Evan Vucci
Trump: US Engaged in 'Very Productive Talks' With North Korea About Reinstating Summit
"Dialogue between the parties is fundamental, necessary, and useful," Russian President was quoted as saying by EFE. "Russia is very interested in finding a definitive solution to this problem, given that it is too close to our border, and we would like to aid and to participate in finding a solution to denuclearization," Putin added.

US President Donald Trump on Thursday pulled the plug on his meeting with North Korea’s Kim Jong Un, citing aggressive rhetoric emanating from Pyongyang. However, On Friday, he tweeted the United States was in talks with the North on reinstating the summit, set for June 12 in Singapore.