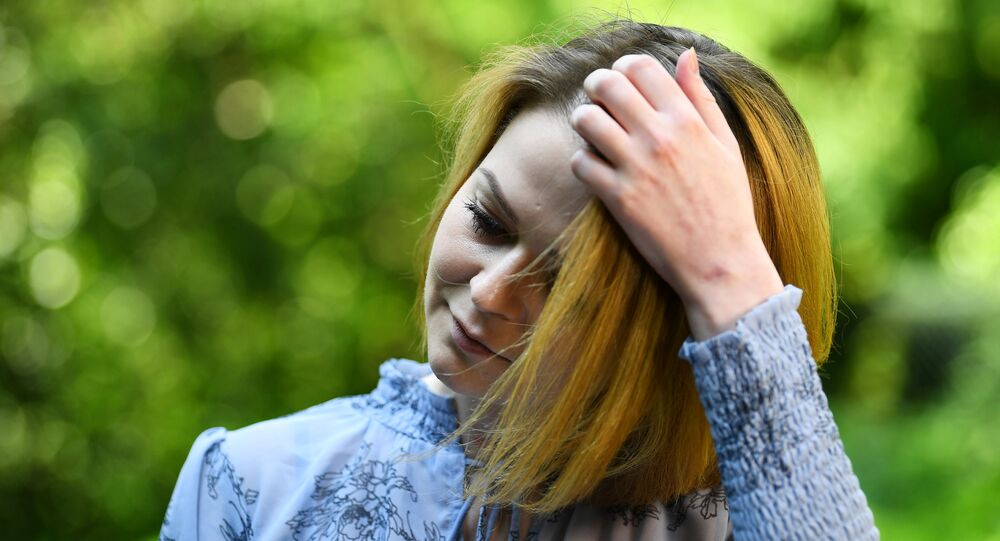 BRYANSK (Sputnik) - Viktoria Skripal, the niece of the former Russian military intelligence officer Sergei Skripal, who was poisoned in the United Kingdom believes that the filmed statement of her cousin Yulia has been recorded under pressure, Viktoria's husband Arseniy Elifantyev told Sputnik Wednesday.

"I have not seen the video but Viktoria has. According to her, it can be seen clearly that she [Yulia] was speaking under pressure and that her text was read out," Elifantyev said.

Earlier in the day, Yulia Skripal made her first media appearance since the March incident. Skripal told Reuters in an exclusive statement that she hoped to return to Russia "in the longer term." The media outlet said that it was contacted by Yulia, who was speaking from a secret location in London, via the UK police.

© REUTERS / Dylan Martinez
Yulia Skripal's First Interview After "Poisoning" Raises Moscow's Concern Over Her Treatment
Meanwhile, Russian Embassy in the UK also expressed concerns over Yulia Skripal's confinement conditions. The embassy pointed out  that Skripal's statement did not discharge the British authorities from their obligation under Consular Conventions to provide the Russian diplomats with the opportunity to speak to Yulia directly "in order to make sure that she is not held against her own will and is not speaking under pressure."

"So far, we have every reason to suspect the opposite," the embassy said on Wednesday.

Skripal and his daughter Yulia were attacked in Salisbury on March 4. London claims that Russia was involved in the poisoning of the Skripals with the A234 substance, while Moscow categorically denies it.