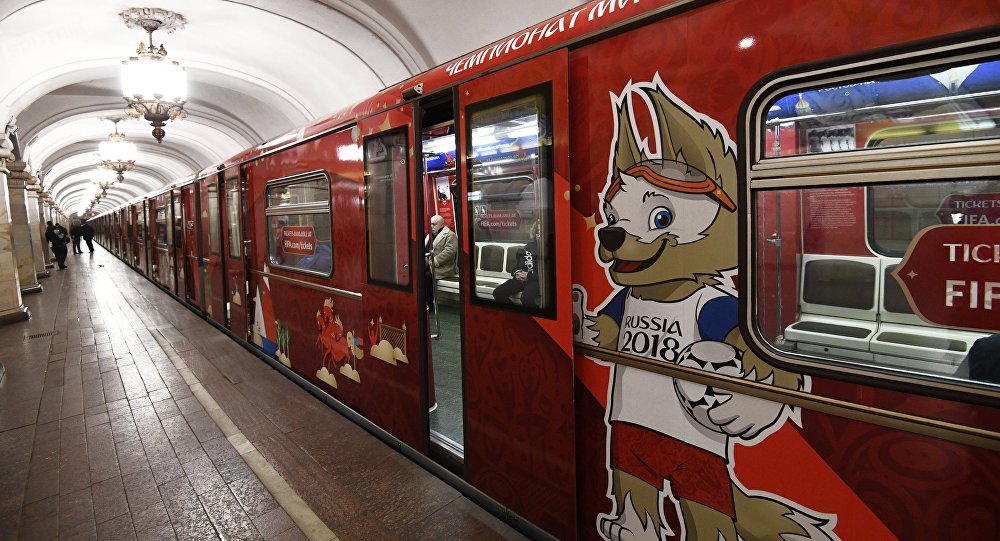 The New York-based NGO has issued a 49-page "guide for reporters" devoted to what it says is Russia's "deteriorating human rights situation" ahead of the World Cup. Commenting on the report, Spanish journalist Ignacio Ortega and German lawmaker Petr Bystron told Sputnik they were disappointed to see this attempt to politicize a sports celebration.

The HRW report, released this week, features page upon page of claims about a Russian "crackdown" on freedom of expression and assembly, a "human rights crisis in Chechnya," "discrimination and violence against the LGBT community," and other issues. It is accompanied by a news article-style piece titled "Russia: Repression, Discrimination Ahead of World Cup," and urges FIFA to "stand up for rights one month before kickoff."

© Photo : hrw.org / screenshot
Screengrab of the HRW article about the World Cup

Commenting on the report, Mr. Ignacio Ortega, Moscow bureau journalist for Spain's EFE news agency, said that while it's true that Russia has its human rights issues, HRW's report seems like an attempt to mar the World Cup.

"What HRW wants is clear – for people to speak about this issue, and not only about football during the Cup," the journalist said. "Of course I don't think that one should be completely uncritical. But football is football, the Mundial is the Mundial; it should be a holiday…I think there should be two currents [for journalists]: not to give up on any criticism, but at the same time to remember that football is football, and concentrate on this when undertaking to write about the World Cup. This does not mean of course that social problems should be forgotten."

Offering advice to his fellow journalists, Ortega, a veteran resident of Moscow who has lived here for well over a decade, recommended that they "come and see the events with their own eyes, and after that, if you have some problems, to criticize things freely."

As for safety concerns, brought up by HRW and other Western organizations in recent weeks, Ortega stressed that only those looking for trouble will find it. "Take Moscow for example: this city is much safer than let's say Madrid or Barcelona – this is a 100% fact. And in my 14 years here nothing has ever happened to me. I have gone home late after work many times at night or even at dawn…and nothing ever happened. What am I, some sort of anomaly? Nothing of the kind! It's just that Moscow is a massive city with great infrastructure; the same can be said of St. Petersburg."

© Sputnik / Juan Ignacio Mazzoni
Never Heard of These Players? They Could Be The Stars of The World Cup
Petr Bystron, the head of the AfD's foreign council group in the Bundestag's foreign affairs committee, offered much harsher criticism of HRW's World Cup report.

"Human Rights Watch is a left-wing lobby group that is funded by George Soros," the lawmaker pointed out. "They have received $100 million from Soros since 2010, and criticize all conservative governments, whether it's Vladimir Putin, Viktor Orban, Donald Trump or Benjamin Netanyahu."

The AfD, according to Bystron, has no doubt that "EU governments, media and NGOs like Human Rights Watch will work together to make Russia look bad during the World Cup. It's too bad, because countries should be coming together to enjoy the World Cup, but Soros and the EU will do everything they can to divide us and sow hatred in the name of 'human rights'."

Russia will host the FIFA World Cup from June 14 to July 15. The international sporting event will take place at 12 stadiums across 11 Russian cities. Moscow alone expects up to one million fans during the event, with FIFA preparing for sold out arenas across the host cities. Thirty-two teams from across Latin America, Europe, Africa, Asia and Australia will take part in the championship.