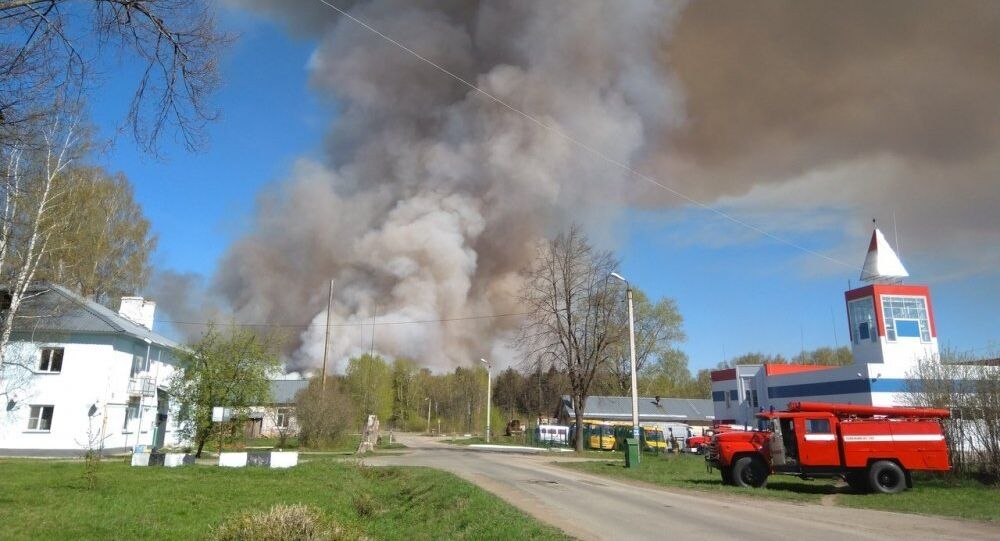 While the detonation of shells in the territory of a former military arsenal near Udmurt Pugachevo continues, 2,000 people have been evacuated from a nearby village, according to a representative of the Regional Center of the Russian Ministry of Emergency Situations.

As explained by the spokesman for the republican headquarter of the Russian Ministry of Emergency Situations, because of the explosions the movement of cars on the section of the federal highway M-7 "Volga" from Malaya Purga to Izhevsk is blocked.

The Be-200 amphibian aircraft and helicopter will be sent from Yekaterinburg to Udmurtia Pugachevo where shells exploded on the territory of the former arsenal because of a natural fire.

Two fire trains will be brought to extinguish a fire in Udmurtia, caused by exploding shells in the territory of a former military unit, according to the press service of the Russian Emergencies Ministry.

The area of the natural fire in the territory of a former military arsenal near the village of Pugachevo in Udmurtia has increased to almost 20 hectares, according to a representative of the Regional Center of the Russian Ministry of Emergency Situations.

On June 2 2011, a fire that broke out at the warehouses of the 102nd arsenal of the Central Military District near the village of Pugachevo, caused the detonation of ammunition. When extinguishing the fire, one serviceman died, 100 people applied for medical help, more than 28,000 people were evacuated from the danger zone.