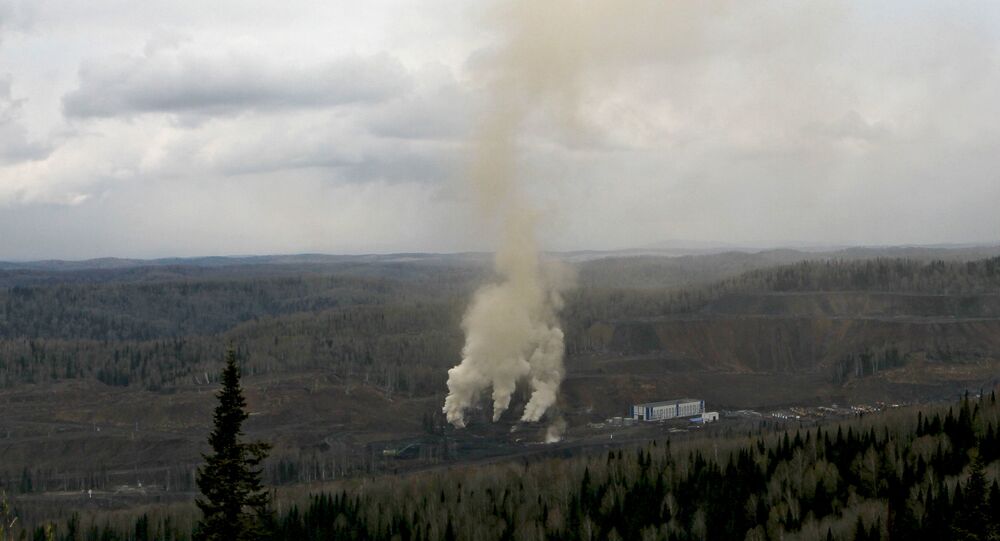 Fire at Coal Mine in Russia's Kemerovo - Watchdog

The fire took place at the Raspadskaya mine in the Kemerovo region, a commission is being established to investigate the causes of the accident, according to Roskomnadzor.

The system of aero gas control in the mine recorded the excess of CO gas in the lava, the operator announced evacuation. 195 [men] have been lifted, the evacuation was completed, the mine rescuers are working on site, the Roskomnadzor reported.

"At the moment, a commission is being set up to investigate the causes of the accident at the mine. Employees of the department are at the site," a representative of Roskomnadzor said, confirming the fire.

© Sputnik / Alexey Kudenko
About 120 Miners Evacuated in Northern Russia Due to Smoke Alarm - Source
The Evraz mining company confirmed that "all people have been withdrawn from the emergency area, there is no danger to their life and health," adding that presumably, there was a fire among the technical equipment.

Earlier, the emergency services reported that 195 miners were in the mine.

PJSC Raspadskaya is a part of the Raspadskaya Coal Company of the Evraz Group, which unites the enterprises into a single complex for the extraction of metallurgical coal.