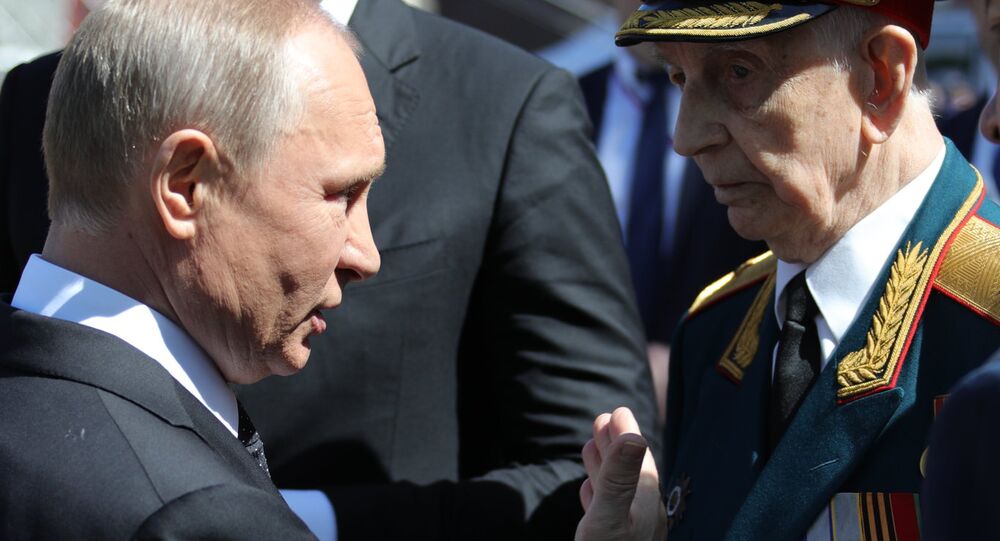 As a security officer apparently tried to push away an honored Victory Parade guest who descended to the Russian president from the stands, Vladimir Putin had to interfere.

Vladimir Putin stopped his bodyguards as one of them tried to sideline a World War II veteran. A decorated veteran headed to the president as he was leaving a parade site at the Red Square in Moscow accompanied by Israeli Prime Minister Benjamin Netanyahu, Serbian President Alexandar Vucic, Russian top officials and a crowd of security guards and journalists.

When the move caught Putin’s attention, he interfered, came to the veteran and shook his hand. He also invited the veteran to join him on his way to the Eternal Flame memorial, where the president took part in a wreath-laying commemoration ceremony — so they left the square together.

Putin’s spokesman Dmitry Peskov called this an “undeliberate incident,” as he commented on it to Govorit Moskva.

A massive military parade was held in Moscow to commemorate the 73rd anniversary of the Soviet victory in the Great Patriotic War (1941-1945) against Nazi Germany in the European theater of World War II.