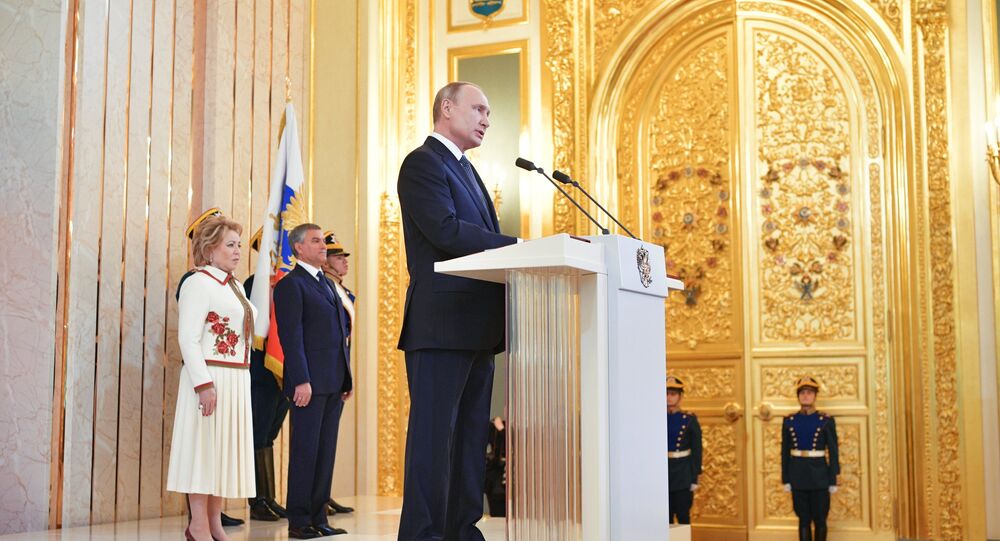 The ceremony of inauguration of Russian President Vladimir Putin will take place in the St. Andrew Hall in the Grand Kremlin Palace and will be held in a traditional manner, according to Kremlin spokesman Dmitry Peskov.

The inauguration ceremony usually starts with the arrival of the president, his passage through the ceremonial halls to the Andreyevsky Hall where the president will take the oath of office.

Putin's third inauguration took place on May 7, 2012. About 3,000 people were invited to attend the ceremony, including members of the Russian government, State Duma lawmakers and members of the Federation Council.