MOSCOW (Sputnik) - Lawmakers from the Federation Council, the upper house of Russian parliament, propose imposing counter-sanctions not only in response to unfriendly actions of the US, but also in response to decisions by international organizations or associations of states, according to a draft conclusion of the house's economic committee.

"The committee considers it expedient to note in the text of the bill that countermeasures may be applied by Russia not only in response to the unfriendly actions by the United States and other states, but also in response to decisions by international organizations or associations of states," the draft says.

The lawmakers noted that they support the bill and noted that its adoption is a forced and fair response, which aim is to overcome the negative consequences of anti-Russian measures that are in breach of the international law.

"The bill entitles the Russian government to introduce a number of measures, if such a decision is made by the Russian president," the lawmakers emphasized.

Deputy head of Russia’s Council of the Federation Committee on Economic Policy Vyacheslav Timchenko told Sputnik that possible sanctions against US residents will contain a proportionate response to the recent measures that the US authorities imposed on Russian individuals and companies.

The official also stated that the possible sanctions were unlikely to result in a massive US companies' outflow from Russia. Specifically, companies producing goods that have no analogues in Russia will not be affected, Timchenko pointed out. 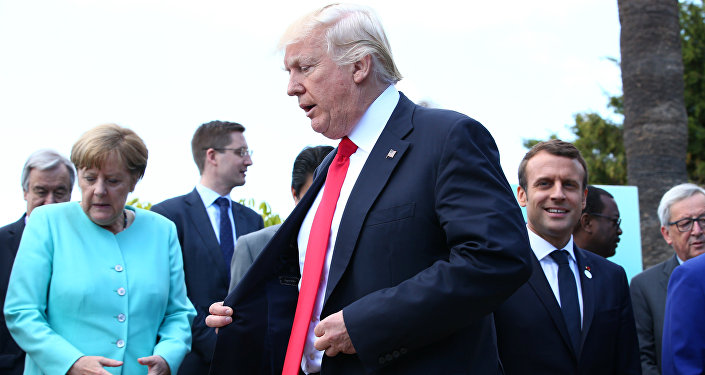 © REUTERS / Alessandro Bianchi
France, Germany, Italy, UK Reportedly Want US to Ease Anti-Russian Sanctions
The dicsussion in the upper house of Russia's parliament follows a draft law containing Moscow's response to Western sanctions, which was submitted to the lower house on April 13. The document, if approved by the president, will introduce 16 different measures, including the prohibition or restriction of agricultural, alcohol, tobacco and medicine imports from certain countries, as well as rare earth-metal exports from Russia. The draft law also reserves the possibility of suspending cooperation in the nuclear industry, aircraft building and rocket engines.

Russia has repeatedly refuted US accusations of being engaged in destabilizing or illegal activities.

US Funds Investments in Russian Assets Growing After Sanctions Introduced