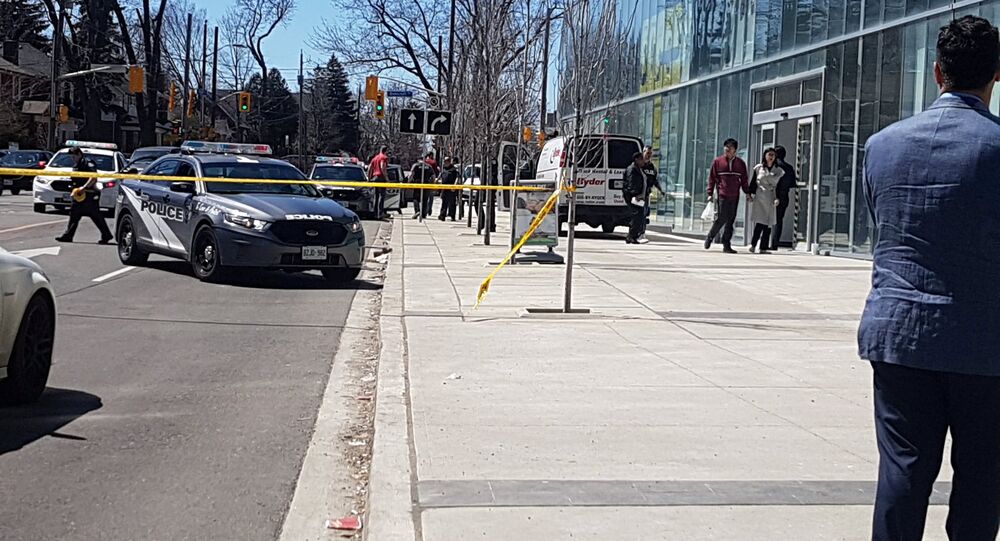 WASHINGTON (Sputnik) - Russia’s Embassy in Canada confirmed on Wednesday that a 90-year-old Russian citizen A.S.Kozhevnikova was injured in the Toronto van attack and said that the woman is currently in a stable condition.

"Sadly, a 90 year old Russian citizen A.S.Kozhevnikova, residing in Canada, was injured as in the #TorontoAttack. She's now being treated at a hospital. Russian consuls are in contact with her family, closely monitoring the situation. We wish Alexandra Stepanovna a speedy recovery," the embassy wrote on Twitter.

The woman is now being treated at a local hospital, the Russian Embassy in Canada said in a statement on Wednesday.

On Monday, a rental van plowed into pedestrians on a sidewalk in Toronto killing 10 and injuring 15 others, according to the police. The suspect in the van attack in Toronto, Alek Minassian, was charged with 10 counts of first-degree murder, according to media reports.