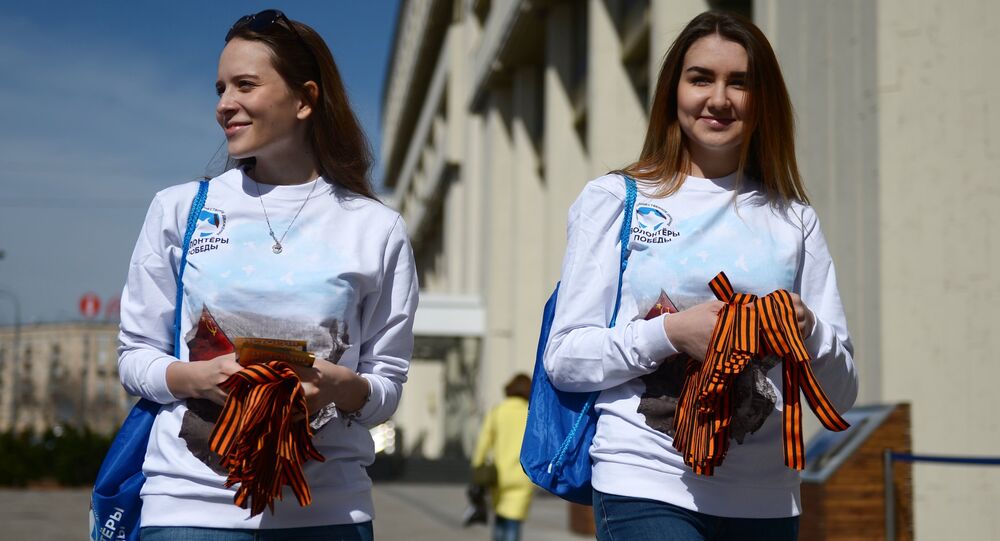 The St. George Ribbon campaign to distribute black-and-orange ribbons – a symbol of the victory in World War II – started in Russia on Tuesday, two weeks ahead of Victory Day.

"This is a non-political project aimed at preserving the historical memory. The campaign, which was [initially] planned to be local and short-term, has become a national tradition. I would like its initial meaning to not be lost — the understanding of personal family history in the context of World War II, understanding of the code set by the dramatic events of the mid-20th century, respect for the sacrifice that almost every family in the country made," Rossiya Segodnya's Deputy Editor-in-Chief Natalia Loseva, who is an initiator of the campaign, said.

The campaign was initially launched back in 2005 by the Rossiya Segodnya International News Agency as a manifestation of national memory, a bond between generations and a link to former military glory.

Since then, it has become a tradition for Russians to wear the ribbon of St. George ahead of Victory Day, celebrated in the country on May 9.

Since 2009, the campaign has spread outside Russia, to about 70 countries, including the US and the UK, with Russia's Federal Agency for the Commonwealth of Independent States and Compatriots Living Abroad and International Humanitarian Cooperation (Rossotrudnichestvo) helping to distribute the ribbons abroad.

The same day, the Rossiya Segodnya International News Agency is opening an interactive exhibition, "The Liberation of Europe," near the international headquarters in Moscow, featuring photoshoots made by the agency's journalists back in 1945.