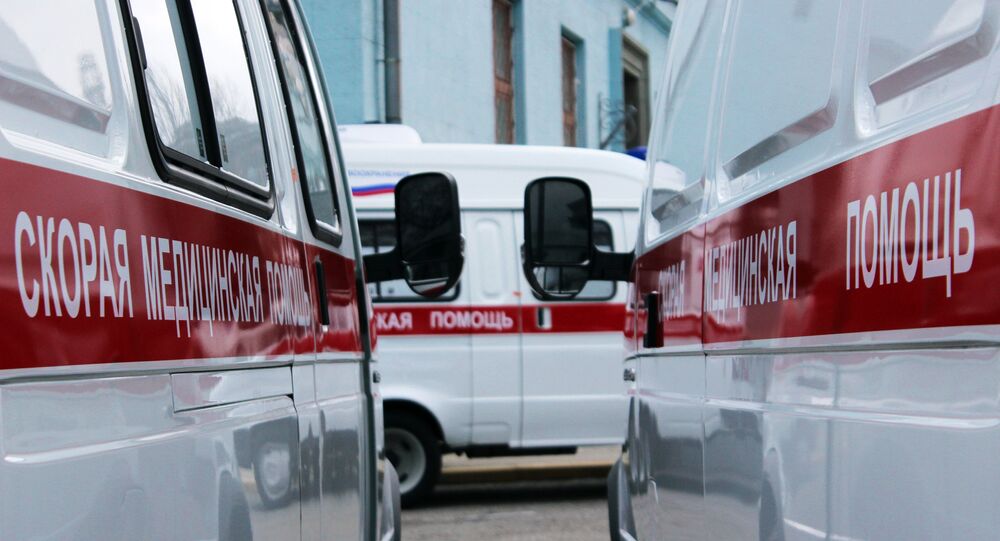 Emergency services are at the scene of the accident. A Moscow City Police source told Sputnik the crash took place at around 4 pm (16:00) local time, and involved a Volvo bus and a hatchback.

The accident took place on the A-107 highway (Small Moscow Ring) outside the Russian capital.

"An accident occurred on Kilometer 1 of the A-107 (Small Moscow Ring) highway involving a bus and a VAZ-2109 passenger vehicle. The bus is thought to have about 40 children onboard." the source said. In addition to the children, 14 adults were on the bus.

According to the emergency services, thirteen people including eight children were injured, and the driver of the hatchback was killed. Two heavily-injured children were evacuated to hospitals in Moscow in air ambulances.

Police have begun an investigation into what caused the crash. Amateur video from the scene by a passing driver shows the bus turned over on its side in a ditch. The VAZ hatchback is shown to be severely deformed from what looks like a frontal impact and pointed toward a ditch on the other side of the road.

The A-107 Small Moscow Ring, not to be confused with the Moscow Ring Road, is the third major concentric circle motorway surrounding the Russian capital, stretching some 327 km through the Moscow Region.