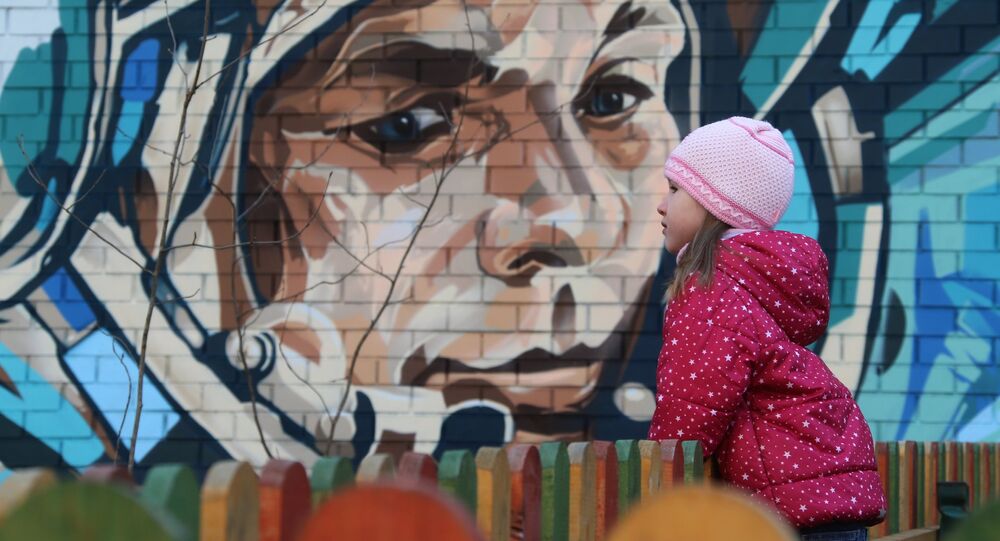 The archival release includes over a dozen pages of never-before-seen material, starting with an official accounting of Gagarin's military postings and his promotion through the ranks of the Soviet Air Force, from lieutenant in 1957 following his completion of the Chkalov Air Force Pilot's School in Orenburg, to senior lieutenant in 1959, to lieutenant-colonel in 1962 and finally colonel in 1963. The latter are accompanied by the relevant orders to confer the cosmonaut the new ranks.

An interesting document called 'Order of the Commander of the 769th Fighter Regiment From January 16, 1960' by Lieutenant Colonels Babushkin and Ryabov contains recommendations of "first rate officers, outstanding students in military and political training, excellent crewmen, groups and units." 25 year old Senior Lieutenant Gagarin is found in a shortlist of personnel from 3-rd Squadron under Major Reshetov. His name appears again in a 'list of gratitude' "For excellent disposition in the performance of official duties and strong discipline."

© Sputnik
Mystery Plane, Weather Anomaly... Who or What Killed Yuri Gagarin?
A document from July 15, 1960 to K.N. Rudnev, the Chairman of the State Committee on Defense Technology gives insight into the bureaucratic process by which personnel were approved for access to the Soviet Union's top secret space technology. Here, cosmonauts Yuri Gagarin, Alexei Leonov, Gherman Titov, and nearly two dozen others are tapped for familiarization with the Vostok 3 program.

Other documents include Gagarin's profile from his stay at the Air Force Cosmonaut Training Center outside Moscow. The pilot's flight, parachute, and centrifugal training showed that he had "good tolerance" for such exercise. His intelligence is listed as "high," with the officer passing testing with an average of 4.8 points (out of a maximum of five). In terms of personality, "sociability, optimism, healthy humor" were said to predominate, with the pilot showing appropriate "respect for the collective," as well as a healthy response to constructive criticism.

Russian Defense Ministry
Senior Lieutenant Gagarin's profile from his time at the Cosmonaut Training Center prior to his flight to space.

Overall, the profile stresses that Gagarin was a disciplined, competent, and honest officer. Undoubtedly aware of the fact that he would become world-famous immediately following his flight, the profile adds that Gagarin's physical appearance was "good," with the officer said to be "capable of keeping military secrets" and being "faithful to the cause of the party and his socialist homeland."

The declassified papers also include a copy of the original order from April 12, 1961 by Defense Minister Malinovosky conferring Gagarin the rank of major. The order notes that Gagarin went to space "to be the first to lay humanity's path to space, to undertake an unparalleled heroic feat and to bring eternal glory to our Soviet motherland."

An overnight celebrity after his flight, Gagarin would tour the world to visit with world leaders, famous personalities and ordinary people. The archives show excerpts from several such trips in 1961, showing that Gagarin visited Czechoslovakia, Bulgaria, Finland, the UK, Poland, Cuba, Brazil and Canada between April and August of that year.

Ever-mindful of the world's reaction to Gagarin's flight, the archival release concludes with a selection of clippings from English-language Pakistani newspapers. In one underlined section, it is said that while "many others from the rest of the world will probe the world of space, deeper and wider…the credit for blazing the trail will go to Russia, the country which pioneered the fantastic achievement."

Following his flight, Gagarin became deputy training director at the Cosmonaut Training Center outside Moscow. During his service there, he helped train countless other space pioneers, including first woman in space Valentina Tereshkova. On March 27, 1968, the MiG-15 UTI trainer flown by Gagarin and flight instructor crashed, killing both men. Gagarin was just 34 when he died. His legacy, however, will surely live on forever.