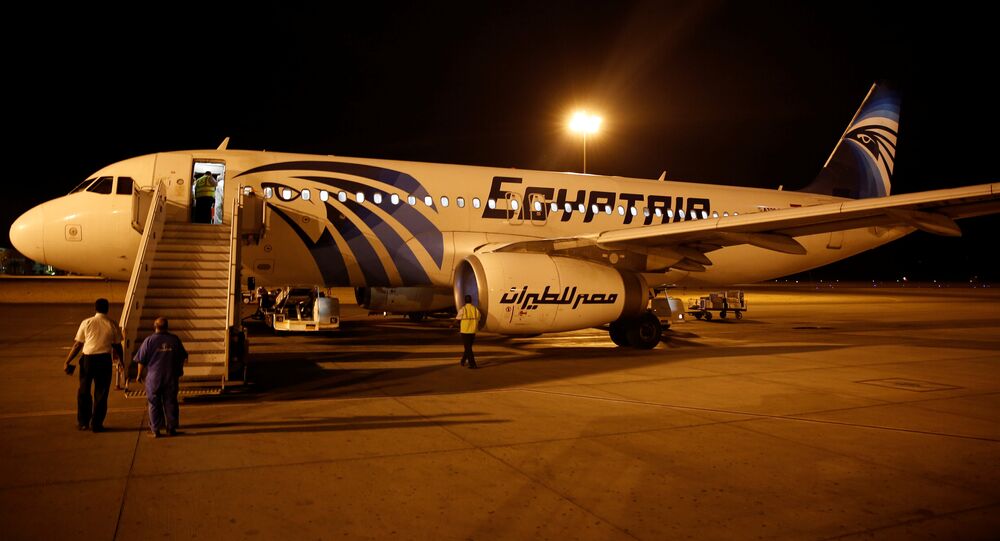 MOSCOW (Sputnik) - The first Russian passenger flight in almost 2.5 years departed from Moscow Sheremetyevo airport for Cairo on Wednesday, marking the resumption of direct flights between Russia and the Egyptian capital, the airport’s flight information board showed.

According to the Sheremetyevo info board, the Russian airline Aeroflot's SU400 flight departed from Moscow at 9:05 p.m. local time (19:05 GMT) on Wednesday. The airport’s press service told Sputnik that around 120 passengers were on board.

In March, the EgyptAir airline announced that it would resume flights between Moscow and Cairo on Thursday.

© Sputnik / Alexandr Kryazhev
Russia, Egypt Sign Documents on Resumption of Direct Flights After 2-Year Break
On December 15, 2017, Russia and Egypt signed an agreement to resume passenger flights between their capitals, which was supposed to enter into force in February. However, air connections between Moscow and Cairo remained suspended.

Russia suspended civilian air traffic to Egypt in November 2015 after a bomb brought down a Russian plane, which took off from Egypt's Sharm el-Sheikh, killing all 224 people on board. To enable the resumption of air traffic between the two nations, Egypt has had to seriously enhance its security measures.