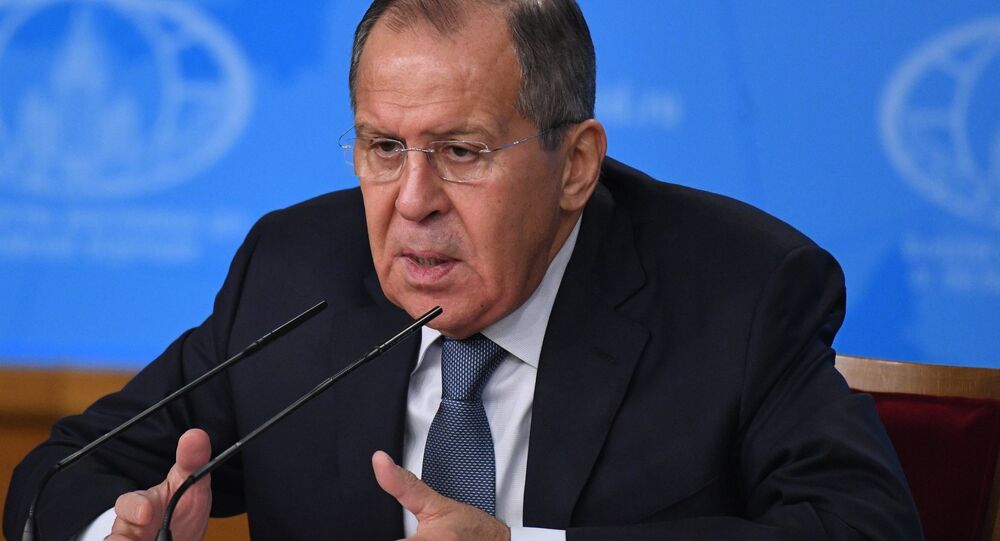 Lavrov on Claims Novichok Made in Saratov: UK Trying to Confirm Its Stance

Moscow will not trust London's data in the Skripal case, "we want to check it, but they don't allow us," Russian Foreign Minister Sergei Lavrov said.

London has reported that the Novichok nerve agent, allegedly used to poison a GRU ex-employee, Sergei Skripal, and his daughter, was produced in a laboratory in the city of Shikhany (Saratov region), in an attempt to find justification for its unsuspecting version of the Salisbury incident, Russian Foreign Minister Sergei Lavrov told reporters on Friday.

"This once again shows that they are trying frantically and convulsively every day to seek some new confirmation of their absolutely unprofitable position," Lavrov said.

He noted that "this position will remain unprotected until the UK agrees frankly and honestly, in accordance with the procedure of the Convention on the Prohibition of Chemical Weapons, to consult and [find a solution], putting all of their facts on the table, and not hold them in their pocket."

Earlier in the day, The Times newspaper reported citing sources that the toxic substance used in the attack on Skripal and his daughter in the UK city of Salisbury could have been manufactured at the Shikhany facility in Russia's Saratov region.

© Sputnik / Alexey Vitvitsky
Skripal Poisoning: Spain Unable to Act as Independent State Due to EU – Journalist
On March 4, former Russian GRU colonel Sergei Skripal, who worked for UK intelligence, and his daughter Yulia were found unconscious in a shopping center in the Salisbury, England.

The UK accused Russia of orchestrating the attack with a weapons-grade nerve agent A234, allegedly linked to the Soviet-made Novichok class nerve agent.

Russia has rejected London's allegations, citing a lack of evidence, and calling for a joint investigation into the Skripal incident.

The UK expelled 23 Russian diplomats as a punitive measure, as well as about 20 European countries, supporting the UK claims and expelling more than 150 Russian diplomats.
Moscow also expelled Western diplomats and ordered the British Council to stop its activities in Russia.