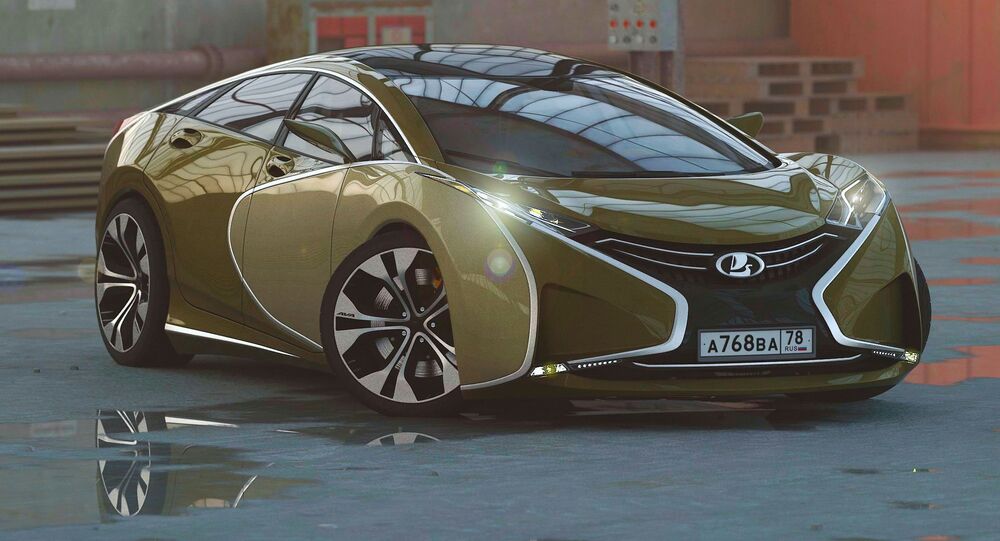 He used the designs of two previous models: the Lada Xray and Lada Vesta; but internet users who saw it claim to feel a Bugatti touch to the concept. The author says any similarity is accidental, as he is not a fan of the brand.

Russian designer Vyacheslav Alexandrov has recently presented his concept art of the Russian supercar, which he calls Lada Questa. He has taken some of the elements from Lada's previous models, such as the Xray and Vesta. Some users who saw it claim to see certain similarities between Questa and the Bugatti supercar, reports the news outlet Russian Daily Motor. Sputnik spoke with the author and asked him about his concept.

Sputnik: How long have you been modeling? Is it your hobby or is it a professional occupation?

Vyacheslav Alexandrov: Since 2002, when 3D modeling programs became a common thing. It's mostly a hobby, although I had couple commercial projects. My job lies in completely different sphere.

READ MORE: A Look Back at Cars Created by a Legendary Late Russian Car Designer (PHOTOS)

Sputnik: What inspired you when you were modeling this concept?

Vyacheslav Alexandrov: A desire to bring Russian automobile production to a new level. Fortunately, it is already on a decent one!

Sputnik: What do you think about comparing the Lada Questa with Bugatti models?

Vyacheslav Alexandrov: You probably mean Bugatti Veyron? The similarity was not intentional. After all, I'm not a fan of the Bugatti design.

Sputnik: How likely do you think it is that your concepts will be actually used?

Vyacheslav Alexandrov: It's quite possible! Although certain changes should be made to them.

Internet in Awe Over Russian Putting Car on a Rug