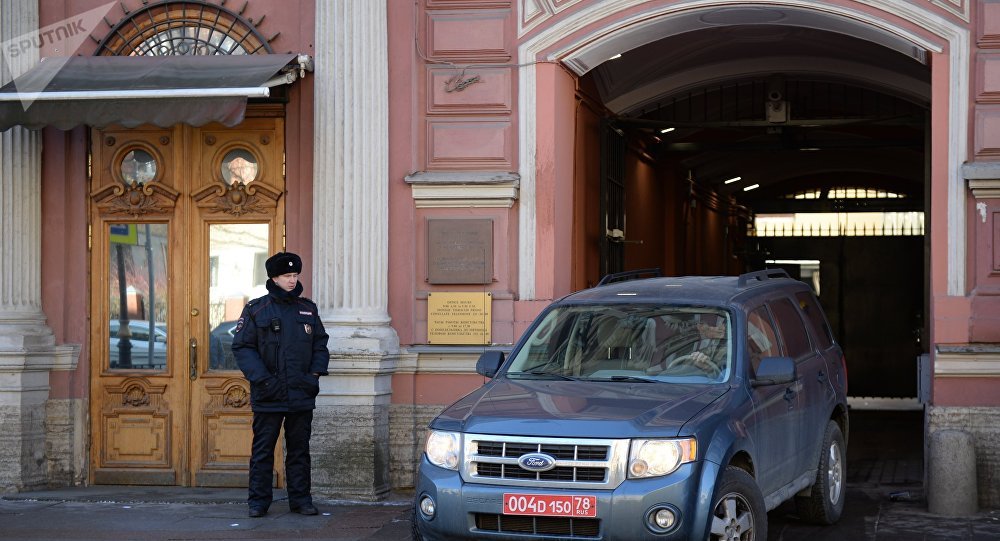 An alleged employee of the US Consulate in St. Petersburg, Russia, has been caught on video showing the middle finger to reporters covering the closure of the Consulate. Classy.

The man on the video is seen packing furniture — chairs, actually — in an SUV with red (diplomatic) license plates in front of the Consulate building.

The video also shows workers packing boxes and furniture from the Consulate into a truck.

On March 29, Russia closed the US Consulate in Saint Petersburg and declared 60 US diplomats in Moscow and St. Petersburg as persona non grata. Since then, a group of reporters have been filming the events as people who are thought to be consulate employees pack various pieces of furniture into cars.

The videos also show vans and trucks being loaded with other objects suspected to be Consulate possessions.

According to Russian demands, the US Consulate must close and cease operations by March 31. The demands are a symmetrical response to a US move to expel 60 Russian diplomats and close the Russian consulate in Seattle, Washington. The US connect their move with alleged and unproven Russian involvement in the recent poisoning of Sergei Skripal and his daughter Yulia in Salisbury, UK.