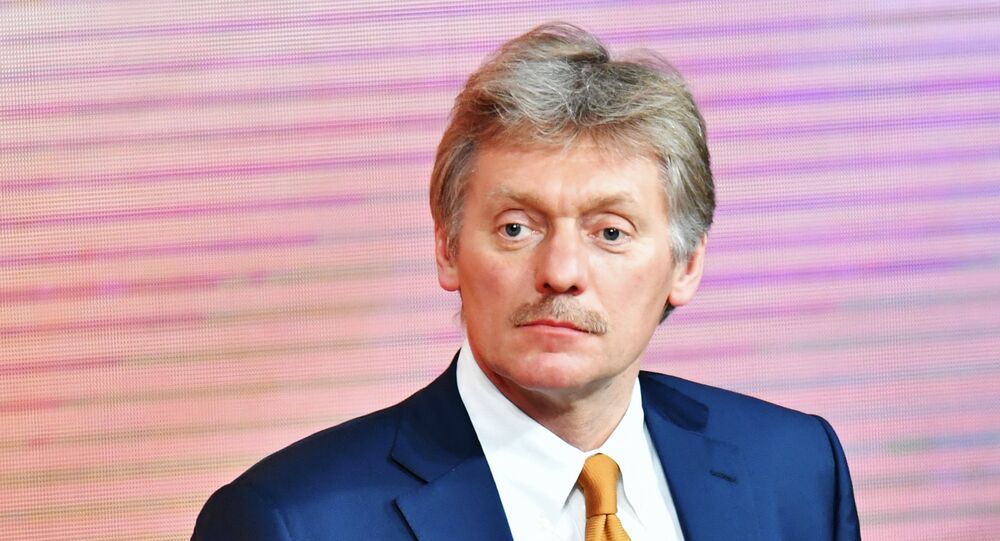 Russia's presidential spokesman has offered his personal take on a harassment row that recently rocked the country’s parliament, and explained the similarities between this case and last year’s high-profile Hollywood sex scandal.

During a talk show hosted by the Russian Higher School of Economics, Kremlin spokesman Dmitry Peskov has insisted that the government has no intention to comment on a recent string of sexual harassment accusations leveled against Russian MP Leonid Slutsky.

"If Slutsky assaulted this poor journalist – where was she all this time? … If he harassed you, why did you keep quiet? Why didn’t you go to the police? Why, after so much time has passed, did you go to the ethics committee instead," Peskov inquired.

© Sputnik / Vladimir Pesnya
One in Two UK Women MPs Aware of Sexual Harassment – Survey
He also compared this situation with the sexual harassment allegations against Hollywood mogul Harvey Weinstein, noting how the accusations were brought forward years after the alleged deeds took place.

"Maybe he’s scum, but none of them [the alleged victims] went to the police and said that Weinstein raped them. No! They wanted to earn 10 million dollars. What do you call a woman who sleeps with a man for 10 million dollars? Pardon me if I sound rude, but you call her a prostitute," Peskov remarked.

Later Peskov pointed out, however, that his appearance on the talk show wasn’t some kind of official event and that everything he said back then was merely a “frank and personal conversation,” nothing more.

The committee reviewed the ‘Slutsky case’ and found no evidence of alleged infractions taking place.
Slutsky himself refuted these accusations and said that these attempts to turn him into a “Russian Harvey Weinstein” are merely a provocation that is doomed to fail.