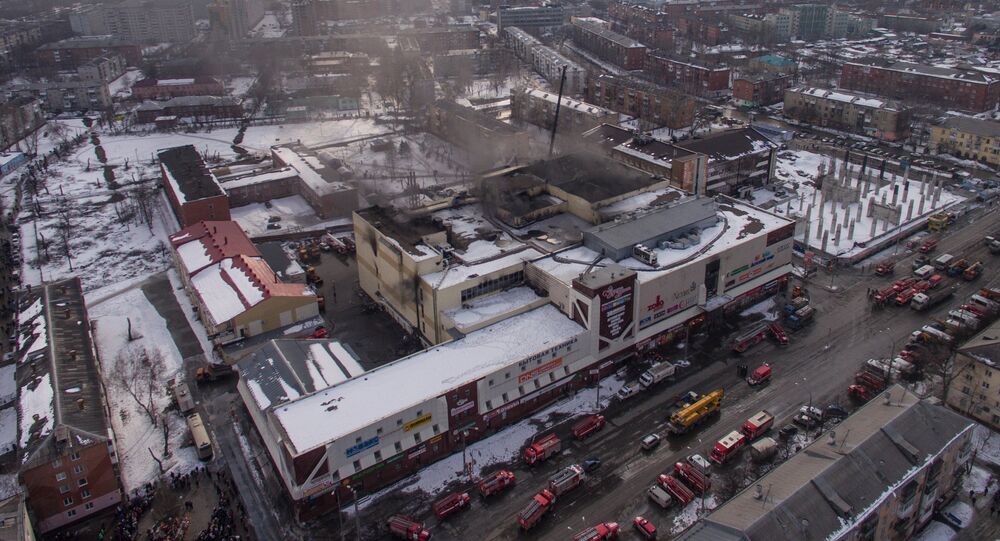 MOSCOW (Sputnik) – The Basmanny District Court in Moscow backed the request of the Russian Investigative Committee to arrest in absentia the Ukrainian prankster who has been spreading false information about the number of victims of the deadly fire at a mall in the Siberian city of Kemerovo.

Earlier on Wednesday, the Investigative Committee said in a statement that Ukrainian national Nikita Kuvikov, known by his prankster name Evgeniy Volnov, had been spreading false information about the number of victims of the Kemerovo fire, thereby misleading the relatives of those killed and injured in the incident, in an effort to destabilize the situation.

© Sputnik / Alexander Kryazhev
Putin Speaks on Kemerovo Tragedy: Spreading Fake News Around It 'Unacceptable'
Following the prankster’s claims, the federal and regional Russian authorities had to repeatedly refute the rumors about there being hundreds of victims.

According to the Russian Emergencies Ministry data, 64 people, the majority of whom were children, were killed in the tragic fire, which occurred on Sunday.

The Kemerovo Region declared a three-day mourning period over the deadly fire, while Russian President Vladimir Putin signed a decree declaring a day of national mourning on Wednesday.