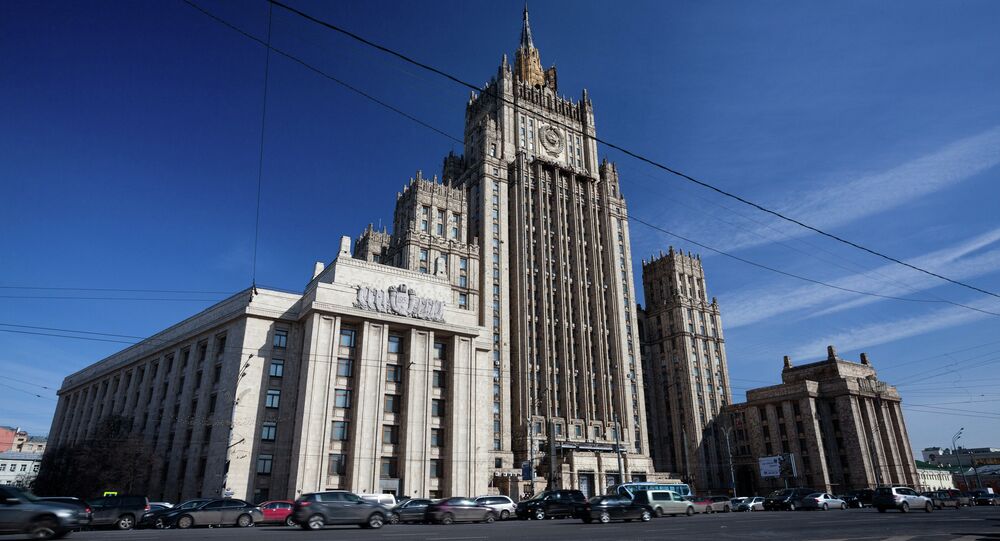 The expulsion of Russian diplomats by a number of Western states over the poisoning of Russian ex-spy Sergei Skripal demonstrates these countries' lack of an independent foreign policy and individual sovereignty, and will lead to the further deterioration of relations with Russia, Western politicians told Sputnik.

Moscow has promised to "adequately" respond to the West's recent actions.

"This incident shows… that Germany is not a sovereign state, just like the whole European Union … The accusations against Russia about the poisoning [of Skripal] right before the [Russian] presidential election and before the [FIFA] World Cup shows the stupidity and arrogance of the West, which is judging other counties on the basis of its own stupidity," Waldemar Birkle, a member of the right-wing Alternative for Germany (AfD) party, told Sputnik.

The German politician went on to point out that the United Kingdom has repeatedly resorted to such judgments over past decades.

"If the German leadership was interested in the investigation into this incident, it would insist on Russia’s participation in this probe instead of expelling diplomats. However, in this case, there is a threat that it would be revealed shortly that this case does not hold water, just like [the situation around] the airplane downed over Ukraine. The West is not in any way interested in discovering the truth," Birkle said.

© AFP 2020 / MLADEN ANTONOV
Diplomats Expulsion Complicates US-Russian Pacific Partnership - Council
The politician also expressed hope that European nations would get rid of leaders who "betray their peoples for the interests of others."

Jiri Mastalka, a Czech politician and the vice-chair of the European Parliament’s Delegation to the EU-Russia Parliamentary Cooperation Committee, called the expulsion of the Russian diplomats an unprecedented step, the consequences of which are hard to estimate.

"This step made by the Czech government to expel the Russian diplomats without having clear evidence is a sign of a false solidarity or servility within the EU," Mastalka told Sputnik.

The EU parliamentarian further suggested the need for a thorough investigation into the poisoning of the Skripals.

"In my opinion, we should have patiently waited for complete examination of the case, where we would know the exact type, form, and reason of using of the combat gas [nerve agent] against the double agent in Great Britain," Mastalka said.

London believes the Skripals were exposed to the A234 nerve agent, allegedly related to the Novichok-class nerve agents developed in the Soviet Union. Russia has stressed that it has destroyed its entire chemical weapons stockpile — as confirmed by the Organisation for the Prohibition of Chemical Weapons (OPCW) — and pointed to a number of states with nerve agent production capabilities.

Speaking about the impact of the expulsion of Russian diplomatic workers by Warsaw, Tomasz Jankowski, the general secretary of the Polish right-wing Zmiana party, told Sputnik that this move showed that "Poland does not have any independent policy so this step isn't a long-term plan."

© CC BY-SA 2.5 / Asiir / Embassy of Russia in Washington DC. Russia
Russian Envoy to US: 'Most Likely' Expulsion of Diplomats Planned in Advance
Roberto Jonghi Lavarini, a member of the Italian right-wing Brothers of Italy party, noted that by expelling the Russian diplomats without any objective proof of the Russian government's involvement in the poisoning of Skripal, EU member states, including Italy, adhere to the Russophobia that is driven by the United States and NATO.

"The European governments, instead of requesting evidence from the parties involved, have acted as servants who obey the Atlantic orders, which are going against our national, economic and political interests," Jonghi Lavarini explained.

The Italian politician called the expulsion of Russian diplomats a "cowardly and infamous" act, comparing the Skripal pretext to the false reports on Iraqi chemical weapons under Saddam Hussein.

"The right wing must absolutely put an end to this foreign self-destructive policies driven by globalist plutocracy. Therefore, I call on the newly elected parliamentarians, senators and deputies of the right to intervene immediately in order to protect our national dignity, justice, international peace and also economic interests of our enterprises," Jonghi Lavarini said.

In Czech lawmaker Mastalka’s point of view, the Western countries’ move to expel Russian diplomats will have a negative impact on mutual confidence.

Poland's Jankowski, in turn, noted that the expulsion of Russian diplomats by Warsaw was the "next step to worse relation between Poland and Russia."

"In my opinion this is purposeful policy. Poland is only US and UK puppet to provoke Russia, and especially to blocking development of China-Russia-European Union cooperation," Jankowski told Sputnik.

© Sputnik / Alexei Agaryshev
Renowned Russian Intel Vet on Diplomats' Expulsion: 'Political Action'
The Polish politician added that such moves by Warsaw went against European values, since there had been no proper investigation into the Skripal case.

Antonio Razzi, an Italian ex-senator from the center-right Forza Italia party, called the expulsion of Russian diplomatic workers "a grave and significant act."

"[Such a move] does not intend to reconcile but to confront. It is never a positive sign," Razzi added.

Andrejs Mamikins, a member of the European Parliament from Latvia's Social Democratic Party Harmony, told Sputnik that Riga's move to expel one diplomat over the Skripal case would not radically affect its diplomatic relations with Moscow.

"It is understandable that the less the diplomatic mission is represented, the less work there is, the less the relationship between the two countries is possible. And if all the diplomats are expelled, and the embassy closed then there will be no diplomatic relationship. So this is all very very bad. I am very embarrassed about this decision from the Latvian Ministry of Foreign Affairs," Mamikins pointed out.

The EU lawmaker noted that certain countries, like Greece, have refused to expel Russian diplomats.

The politician likened the ongoing diplomatic crisis to "spitting in the face of 150 million people."

From the very beginning of the Skripal situation, Moscow has been offering to help in the investigation into the incident and asking to be a part of it, Mamikins continued.

"But this all was ignored. In the US and the EU nobody wants to know the truth … I have a very bad feeling, this is obvious that nobody wants to listen to Russia. Russia has been told to shut up, and that nobody gave it the right to speak," the Latvian lawmaker noted.

Mamikins recalled that earlier in March, the Russian Foreign Ministry held a special briefing for diplomats to explain its position on the Salisbury incident, but UK Ambassador to Russia Laurie Bristow was not in attendence.

© Sputnik / Natalia Seliverstova
Russia Mulls Response to UK Over 'Losses' Caused by Diplomat's Expulsion
"Of course this war, this diplomatic cold war, it has some characteristics of this already, Russia is being isolated in every way from Europe. Russia is being pushed into a political corner in the international sense. And Russia is being turned into an exiled country. This won't happen. The country is large and very powerful, and is very good at foreign policy. But in the European Union they want Russia to be an exile of a country," Mamikins pointed out.

The handling of the Skripal case by the West has shown that a unique opportunity to build a good relationship with Russia and to obtain a good partner like Russia has been missed, the lawmaker lamented.

Moscow has been "pushed into China’s embrace" and now needs to boost its economic cooperation with Beijing, the politician suggested.

Mamikins went on to say that UK Prime Minister Theresa May was in an unfavorable position on the country's withdrawal from the European Union and was using the Skripal scandal to save face.

"The case of Skripal is a good distraction tactic. The pale faces that May and [UK] Foreign Secretary Boris Johnson had three to four months ago, when the EU put the UK in a corner and it reneged on all the conditions that it initially proposed to the EU. Here they see a common enemy … and we can now move away from Brexit," Mamikins explained.

© AFP 2020 / Adrian DENNIS
Russian Envoy Assumes Skripal's Case a Convenient Pretext to Expel Diplomats
The EU lawmaker from Latvia continued by suggesting that the United States' plans to dominate the EU gas market could also be one of the reasons behind the escalation around Moscow.

"By making Russia an exile, through grasping onto the case of Skripal, the US attains the European gas market … The US with their gas wants to take a large piece of the pie that Russian Gazprom now has. This theoretically could end [in a situation when] Nord Stream 2 will not be allowed to be built. For Russia this would be a significant economic strike. This is a strike below the belt," Mamikins pointed out.

AfD member Birkle suggested that the West needed another reason to deteriorate relations with Moscow and prolong anti-Russia sanctions, and was using the Skripal case as a convenient pretext.

Jankowski agreed, too, that the case of Skripal is "only a pretext to devastate EU-Russia relations."