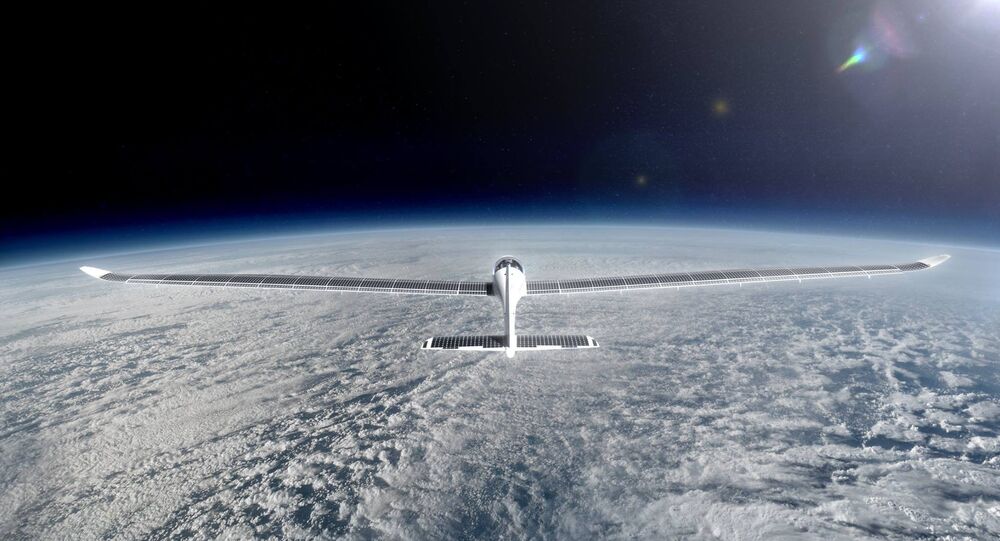 One of the most ambitious Swiss space projects to bring together cutting edge space technologies and research into alternative energy sources has travelled to Russia. In the joint venture, Russian scientists are working on suitable equipment to best prepare for the historic flight.

A spacesuit specially designed for flights in a landmark solar-powered SolarStratos plane to a height of 25,000 meters above the ground is now being tested in Moscow’s suburbs, Sputnik’s correspondent has reported. The local research and production center Zvezda is currently hosting a six-hour experiment flight.

Well-known Swiss pilot Raphaël Domjan is planning to fly a SolarStratos in 2020. If his mission is completed, it will make Domjan the first person ever to reach the high layers of the stratosphere in a solar-powered plane, as well as set a world height record when flying a nonreactive jet.

A specially devised spacesuit, which is made nonpressurized to economize weight, will protect the pilot from exposure to external factors.

Zvezda’s CEO earlier said that the "solar pilot" outfit is manufactured based on the spacesuit dubbed “Sokol” (“Falcon”) which is worn during dangerous times in flight, when a pressure loss can occur on spacecraft.

The difference between the two lies in a life-support and survival system. In the SolarStratos suit, it is approximating that of a conventional suit meant for walking in open space.

The suit is supplied with an oxygen system and special equipment to absorb carbon dioxide. Separately, before the start of a flight, the suit is made more ergonomic as it shouldn’t hinder the pilot’s movements when he steers the spacecraft.

The flight, slated for 2020, is due to last roughly six hours. For security reasons, the jet will spiral up and down right above a remote uninhabited lot of about 100 square kilometers.

It is expected to take the 8 meter-long jet with a wingspan of 24.8 meters around 2.5 hours to reach the maximum altitude. After hovering for 15 minutes at the maximum height, it will begin to descend. The descent will take around 3 hours – the shape of the vehicle renders it impossible to do this quicker.