Russian Policewomen Can Knock Anyone Out With Their Beauty (PHOTOS)

These women could easily become models due to their good looks, however, they prefer to wear police uniforms rather than take part in beauty pageants. Here are the most gorgeous policewomen, who’ve become an inspiration for thousands of social media users.

Despite looking very fragile, Alisa Selezneva [not her real name] was dubbed “Alisa the gunner” at work due to her remarkable skills in handling a weapon and incredible accuracy. This sophisticated woman with big blue eyes is in fact a security police officer with eight years’ experience.

“My family was shocked when I decided to work in the police. How come, the only child, an excellent student, a good girl from a musicians’ family is suddenly going to serve in law enforcement. My grandmother still can’t accept it,” Alisa said.

She has explained to Sputnik that she has always wanted to become a policewoman, although she did take part in beauty contests.

“I was a fan of the ‘Inspector Rex’ TV series; I’ve dreamt of a beautiful uniform and a German Shepherd. It’s by far more interesting to investigate inextricable cases and participate in the arrests of criminals rather than walking on the runway,” Alisa added.

The woman has revealed that sometimes men perceive policewomen as merely beautiful females and begin flirting.

“They say something like, ‘Arrest me as soon as possible!’ And I arrest them to teach them a lesson,” she said, adding that she’s never regretted her choice.

Who Could Expect a Young Woman to Knock Out a Criminal?

Parents of another female officer, Ekaterina Salomeeva [not her real name], wanted her to become a teacher, although she preferred karate to dancing and rhythmic gymnastics.

“My mother ‘fought’ until the end, saying that she wouldn’t let me work in the police, as it’s a man’s job unlike teaching. I had to secretly prepare for the exams for the Ministry of Internal Affairs,” the woman recalled. 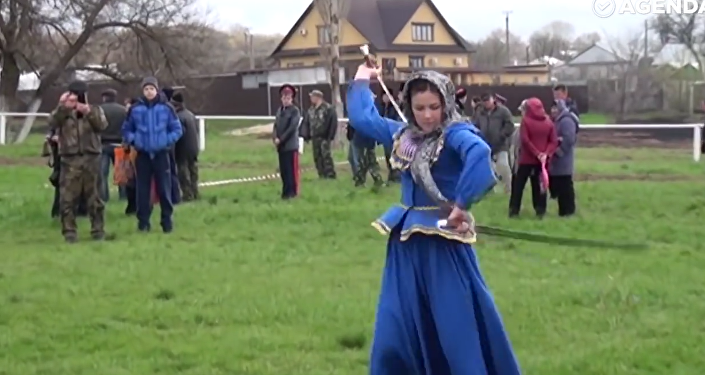 “No one expects that a 26-year-old woman could knock out a criminal. Sometimes it’s useful to mislead a perpetrator with your fragile looks,” she joked.

Her colleagues have repeatedly witnessed Salomeeva in action; she has even shown some techniques to her supervisor.

There are dozens of accounts and groups on various social media platforms dedicated to Russian policewomen, with many users praising the female officers for their extraordinary beauty and courage.