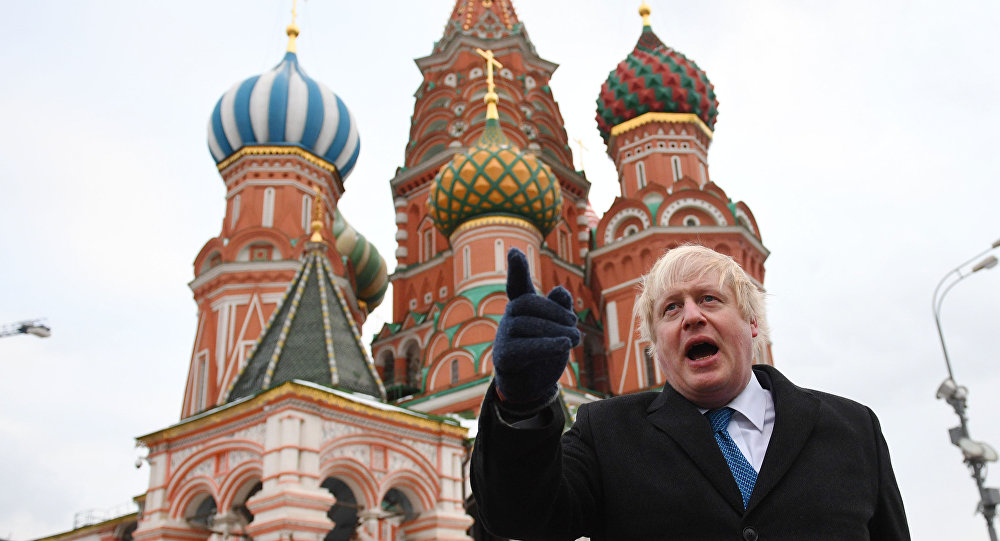 Amid mounting tensions between Moscow and London over Skripal case, UK Foreign Secretary Boris Johnson compared Russia to Nazi Germany in the light of the upcoming FIFA World Cup.

“It is absolutely outrageous statement, it does not fit the Foreign Minister of the country … It is undoubtedly offensive and unacceptable,” Kremlin spokesman Dmitry Peskov told reporters.

Kremlin also expressed hope that the European countries would show wisdom amid London’s calls to expel Russian diplomats in the light of the poisoning of former Russian intelligence officer Sergei Skripal. On Wednesday, media reported that May was expected to urge the EU leaders at the European Council summit to expel Russian diplomats over the country’s alleged involvement in the Skripal case.

Earlier, Russian Foreign Ministry spokeswoman Maria Zakharova said that drawing parallels between Russia that gave millions of lives in the fight against fascism and Nazi Germany are not worthy of the head of the diplomatic department of a European state.

© REUTERS / Peter Nicholls
Residents Say Salisbury Not ‘Ghost Town’ After Skripal Incident, Booze Sales Up
Moscow reacted after Johnson agreed with a lawmaker's notion during the UK Parliament’s Foreign Affairs Select Committee meeting that Putin was going to use the World Cup the way Hitler used the 1936 Olympics as a "PR exercise."

"I think the comparison with 1936 is certainly right," the minister replied, envisaging Putin "glorying in this sporting event".

Johnson's statement came amid a major deterioration of ties between Moscow and London occurred after British Prime Minister Theresa May groundlessly blamed the poisoning of ex-Russian intelligence officer Sergei Skripal on Russia and expelled 23 Russian diplomats as a punitive measure.

Russia has denied allegations of involvement in the use of a nerve agent in the UK against former spy Sergei Skripal and have asked the British government for access to the substance used in the attack. On Saturday, Russia announced retaliatory measures against the United Kingdom, declaring 23 employees of the UK Embassy in Moscow personae non gratae in response to London's move.

Skripal and his daughter have been in hospital in critical condition since March 4.

The Impact of Skripal on the Russian Election