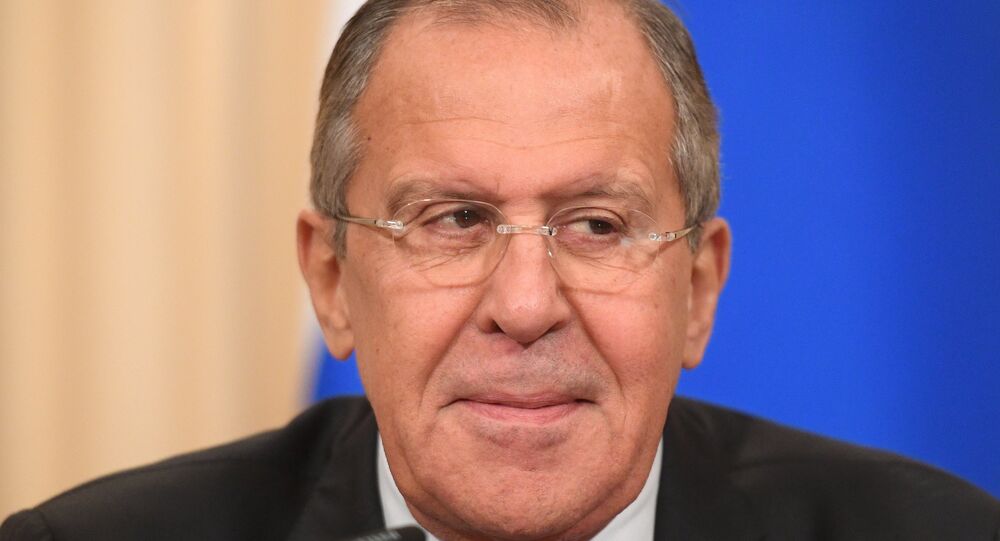 The diplomat stirred the attendees of a forum which took place in Moscow when he stumbled on the steps and suddenly fell. Later, he made a joke about the incident during his speech.

A video showing Russian Foreign Minister Sergei Lavrov stumbling on the steps and falling down has recently appeared online.

The incident took place during the forum "Russia is a country of opportunities," but Lavrov quickly got up and started his speech with a joke about the incident.

"Did You See? Stumbled. Well, good that it happened not on the diplomatic front, but on the steps," the diplomat said.

Internet users compared the diplomat to a fallen horse, calling the incident "Lavrov of the Day."

Russian Foreign Minister Sergei Lavrov is well-known as a charismatic diplomat with a great sense of humor.

For instance, the diplomat's remark that he made during an interview on CNN in 2016 went viral and set social media on fire.

"English is not my mother tongue, I don't know if I would sound decent," Lavrov said. "There are so many pussies around the presidential campaign on both sides that I prefer not to comment on this."