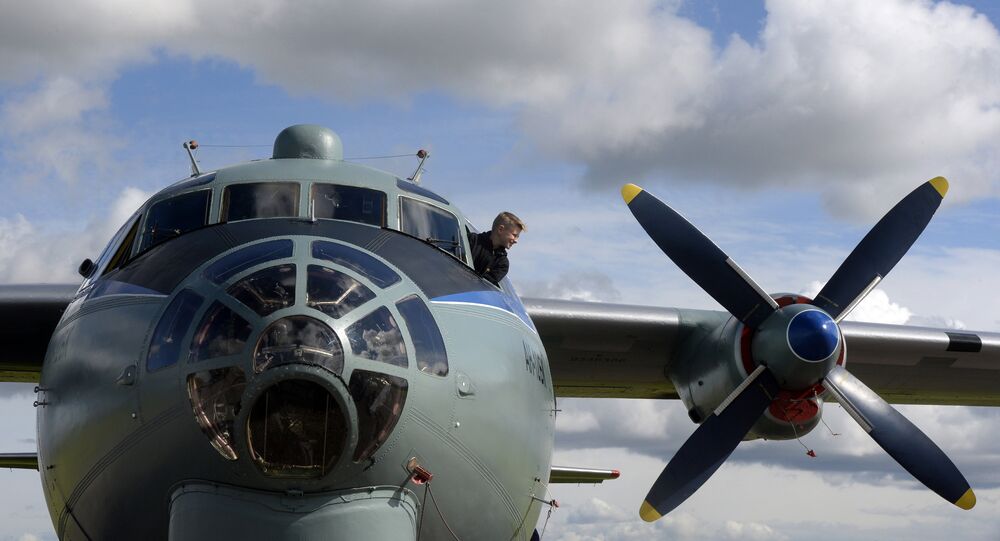 Earlier in the day, Russian media burst with reports of "golden rain" over the Siberian city of Yakutsk.

As it turned out, an An-12 transport aircraft from the Nimbus airline had dropped a batch of bars of the precious metal after an access door fell off of the aircraft during the takeoff.

Following the accident, the crew of the aircraft decided to return to the airport, landing safely in the village of Magan, 12 kilometers from Yakutsk.

Commenting on the situation, Stanislav Borodyuk, a representative from the Kinross Gold company, whose filial was accountable for the precious metal development in the region, said that these were actually doré bars that consist of 70 percent of either gold or silver.

"It is important to note that there were seven crew members and two company representatives on board, none of them were injured, the plane itself landed safely. The whole cargo has been collected, there are no losses, so the issue of insurance is not applicable," Borodyuk noted.

"We are in close contact with the state and competent authorities, as well as with the airport services. We will certainly carry out our own investigation, with the participation of the air carrier, and based on the results of the investigation, we will strengthen the requirements for the carrier."

Kinross Gold is one of the ten largest gold mining companies in the world, it owns projects in Brazil, Chile, Ghana, Mauritania, Russia and the United States. In Russia, Kinross has two assets — the Dome and the Double — both in the Chukotka Autonomous District.