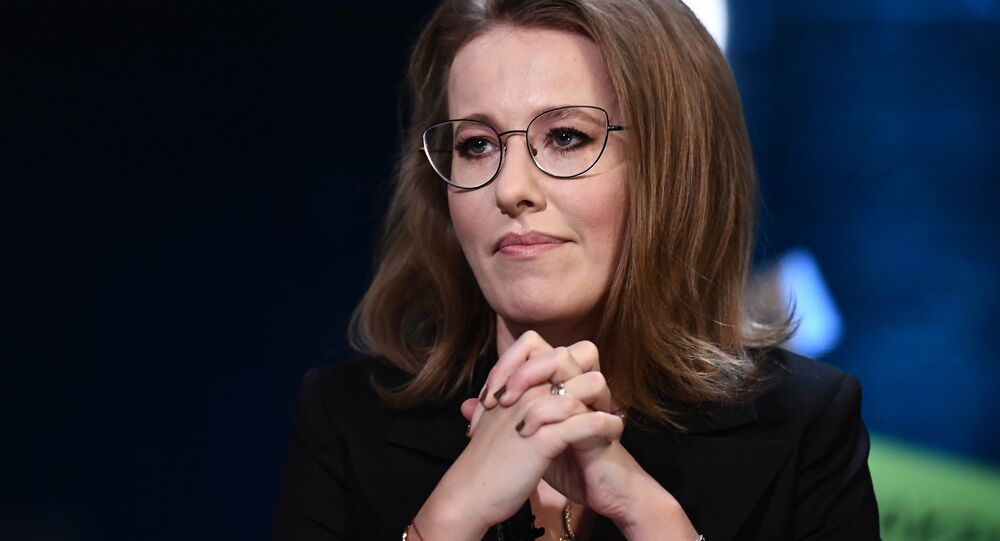 Russian presidential candidate Kseniya Sobchak burst into tears in the face of constant interruptions during an on-air debate on the Rossiya 1 TV station.

The presidential candidate from the Civil Initiative party, Sobchak had to leave the studio where she was engaged in a televised debate after she burst into tears. Sobchak faced constant interruptions from other candidates, primarily from Vladimir Zhirinovsky of the Liberal Democratic Party. The video recording of the debate was uploaded to YouTube Wednesday.

"I demand my time returned back," Sobchak said after constant interruptions from other candidates prevented her from answering a question. "These people interrupt only me," she told debate host Vladimir Solovyov.

Fighting through an unstoppable rhetoric barrage, Solovyov attempted to convince Sobchak that he did not have the power to increase a candidate's speech time, which is allotted by the decision of the Central Electoral Commission, only to himself be interrupted with a stream of taunts.

"Do you really think this is normal," Sobchak asked, with her eyes wet, pointing at Zhirinovsky, who off-screen lamented he "has no right to put a straitjacket [on Sobchak] himself."

"I think this is an outrage, driving a woman into tears," Solovyov sympathized, but repeated that he cannot violate the rules of the debates.

© Sputnik / Evgenya Novozhenina
'F*cking Wh*re': Presidential Candidate Gets 'Cooled' With Water During Debate
This is not the first time the two have clashed during a debate, though. During a debate last month in which she faced numerous insults from Zhirinovsky, Sobchak decided to "cool down" the Liberal Democratic candidate by pouring a glass of water on him. Perhaps unsurprisingly, this had the opposite of its intended effect, and Zhirinovsky launched into a renewed and even more explicit tirade against Sobchak.

Sobchak is the only female candidate in the upcoming March 18 presidential elections in Russia. According to Russian Public Opinion Research Center (WCIOM) polls, Sobchak only has about 1 to 2 percent of votes. Zhirinovsky's rating is slightly higher, measured at about 5 to 6 percent.