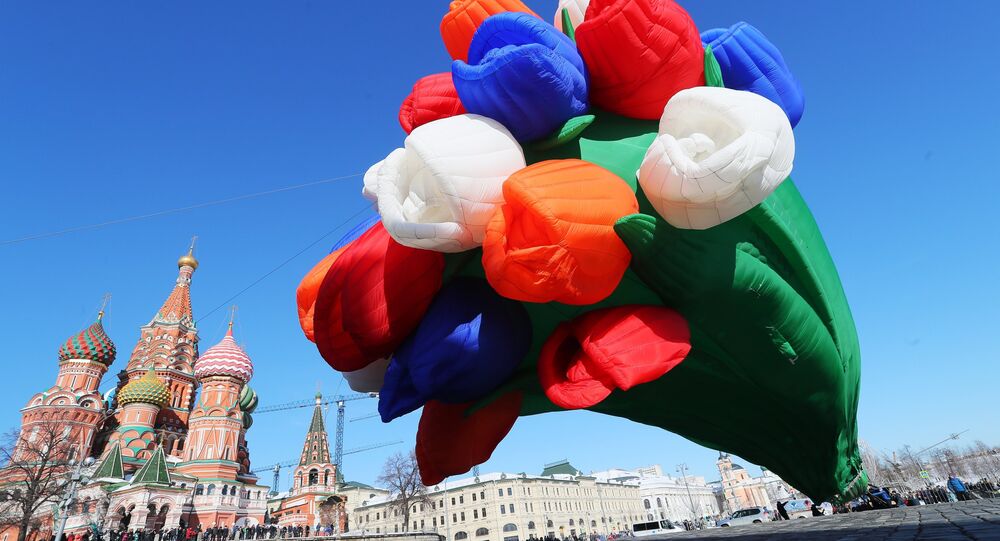 Today the world is celebrating International Women's Day, commemorating the movement for women's rights which officially began more than a century ago.

The day is usually marked with men, making compliments to women, presenting flowers and other presents. At the same time, every year, men do their best to impress the fairer sex.

Russian men also wanted to stand out in elaborate impressive and unusual ways to congratulate women on their annual holiday.

In Russia's city of Nizhny Novgorod, some 728 men lined up to create an inscription "the 8th of March." The formation has been listed in the Guinness Book of World Records as the biggest of its kind.

The Russian armed forces have also expressed the wish to present a "special" present women. To make this a reality the Russian airborne forces parachuted down to give women flowers "from the skies."

​At the same time, the Russian tank forces from the Russian city of Kazan inscribed a heart in the snow, using tanks.

Moscow, in its turn, stood out due to its use of hi-tech innovations. A visitor to the Moscow Kremlin could see flowers on top of one of its tower, made with 3D-maping technology.

​At the same time, flying drones were presenting flowers to women at Moscow's VDNKh amusement park.