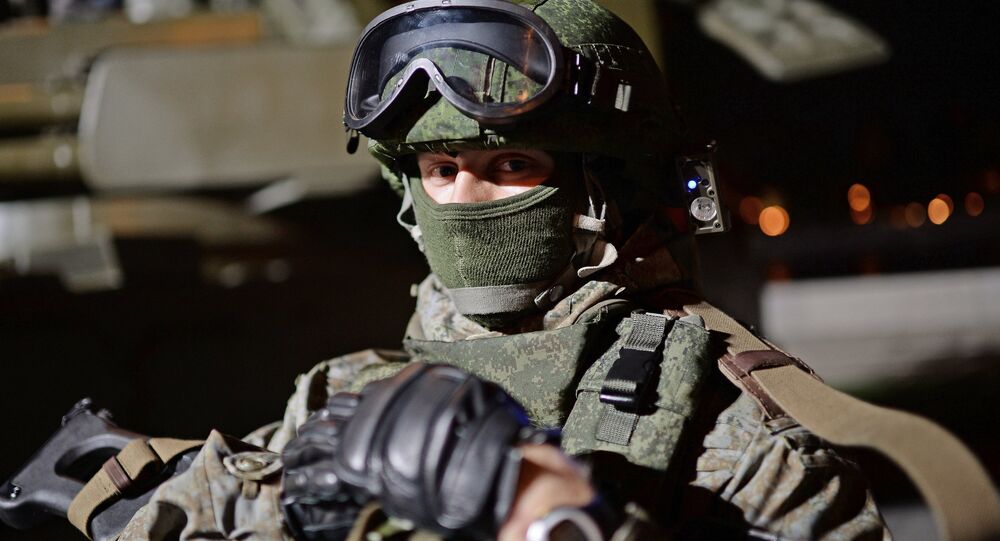 The Russian Ground Forces are busily equipping their troops with the Ratnik future soldier combat outfit.

The latest version of the Ratnik will leave all existing foreign counterparts behind when it comes to body armor, range of target acquisition, and fire efficiency, the Ground Forces Commander, Gen. Col. Oleg Salyukov, told the Krasnaya Zvezda newspaper.

© Sputnik / Vasily Raksha
Russia's Kalashnikov Finishes Testing AK-12, AK-15 for Ratnik Combat Kit
He added that, as a result of field trials of assault rifles for the Ratnik outfit, the Kalashnikov Ak-12 and Ak-15 had been named by airborne troops and Navy commandos to be the best around, while Special Operations troops opted for the 6P67 and 6P68 assault rifles, all of which have been approved by the Defense Ministry as standard equipment for the Armed Forces.

Oleg Salyukov said that the Ratnik outfit will also feature mini- and micro-robotic systems and drones to provide better battlefield reconnaissance for motorized-infantry units fighting on the ground. Exoskeletons will be used to enhance the soldiers’ physical prowess.

According to Oleg Salyukov, an electronic module, capable of operating both alone and as part of an operations control system is already available to ensure real-time control over the soldiers’ physiological state in combat situations.