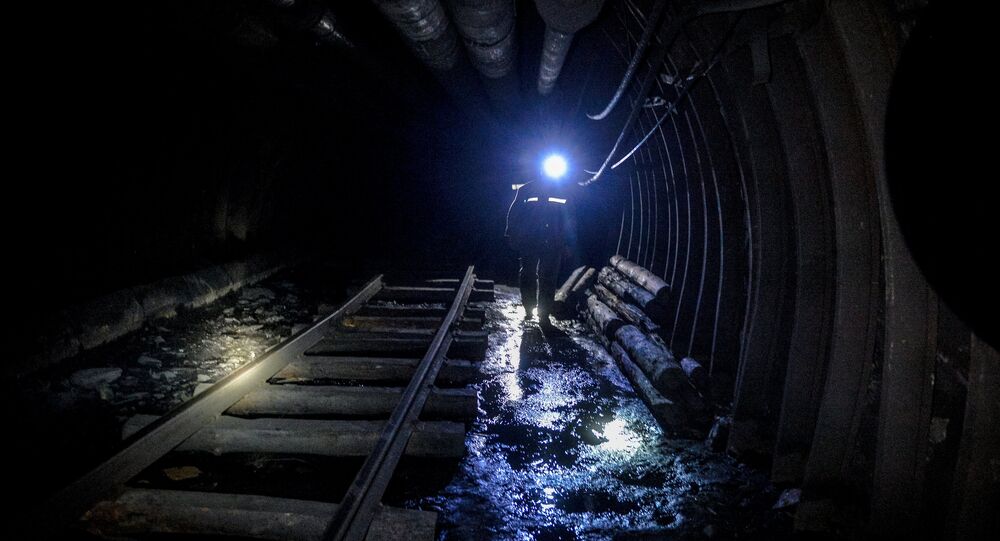 MOSCOW (Sputnik) - About 120 workers were evacuated from the Komsomolskaya coal mine in Vorkuta, located in Russia's the northwestern Komi Republic, after smoke was detected inside a tunnel, a source in local emergency services told Sputnik on Thursday.

"Due to smoke detected inside a defunct tunnel at a depth of 705 meters (2,312 feet), 118 miners are being lifted to the surface," the source said.

According to the source, five mine rescue units have arrived at the site of the incident. The circumstances are being investigated. Later in the day, the regional emergency agency confirmed the information in a statement on the official website.

The statement specifies that the emergency agency received a call reporting smoke inside the tunnel at 10:20 a.m. local time (07:20 GMT).

The press service of JSC Vorkutaugol, which owns the coal mine, stressed that there was no threat to life or health of workers.