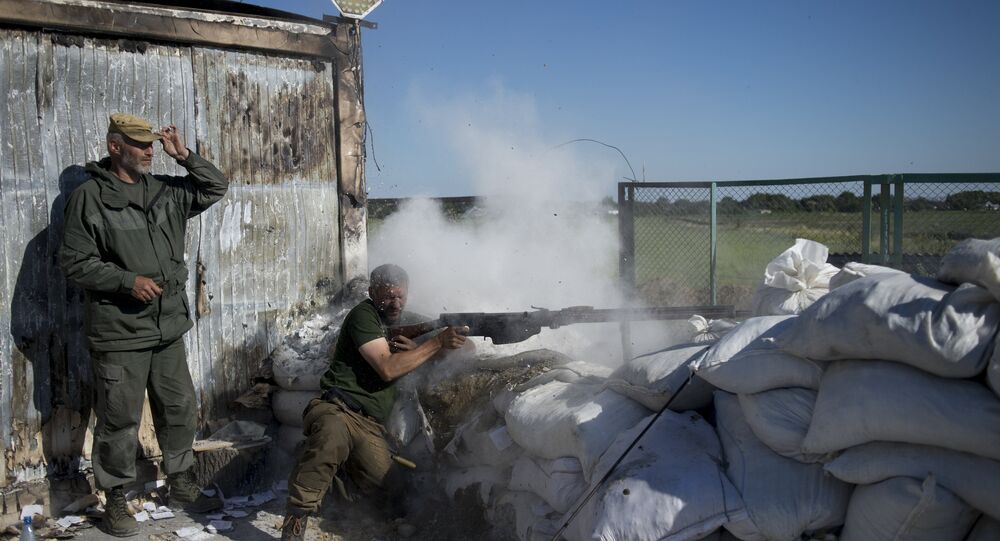 “I was involved in preparing the draft law [on private military companies] and we communicated with the General Staff of the defense minister and at the end of our report the head of the General Staff and the defense minister concluded that the DOSAAF was an ideal platform for preparing private military companies,” Staskov said.

He pointed out that the DOSAAF's non-governmental status was its advantage comparing to other organizations that can potentially train PMCs.

“If such a political decision is taken, we will be ready to fully join [the work] … and act because we have a vision and understanding how it should be done. We know how to train a single soldier as part of a unit as well as prepare a unit for using a particular type of equipment,” Staskov said.

© Wikipedia
Libyan Authorities Deny Reports on Contracts With Russian Private Military Companies
He also called on the Russian authorities to adopt a law on private military companies as soon as possible.

“Unfortunately, any war results in losses. That is why we need to ensure social security of our compatriots so that everybody will know that he will be paid for his work and his family will get support if something happens,” Staskov added.

According to Vladimir Shamanov, the head of the State Duma Defense Committee, the expert council of the Russian parliament’s lower chamber is forming a working group to discuss a possible draft bill on private military companies.

Private military companies are unathorized in Russia as there is no legislation regulating their activities. The issue, however, became urgent in recent months over rumors about alleged involvement of the so-called PMC Wagner in hostilities in Syria. Russian presidential spokesman Dmitry Peskov said that the Kremlin could comment only on the activities of Russian servicemen in Syria.