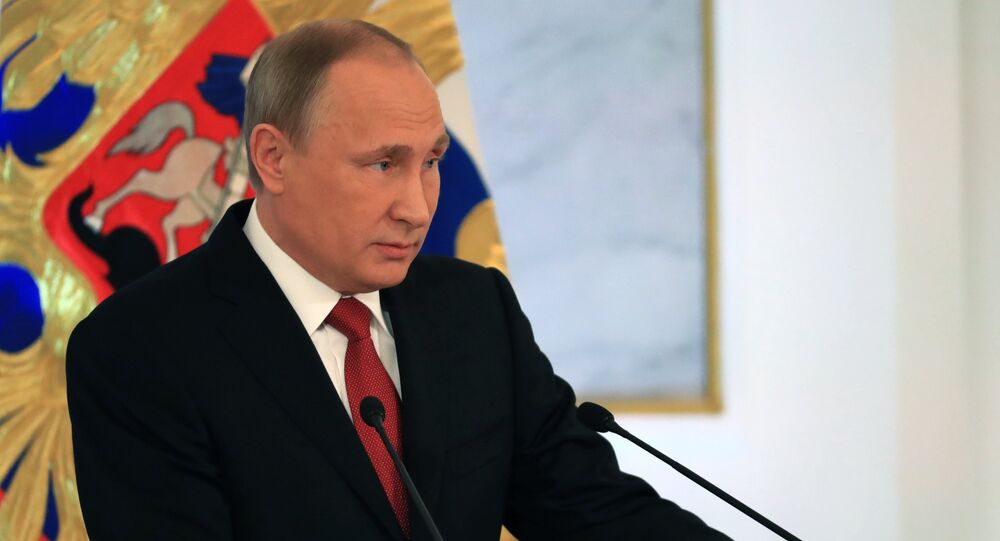 Russian President Vladimir Putin addressed the country's parliament, speaking about Russia's success in the defense sector, relations with the US and NATO, social and economic development of the country, as well as Moscow's plans concerning the technological advance in big data, AI and cryptocurrency.

Russian President Vladimir Putin was making his annual address to the bicameral parliament, the Federal Assembly, which comprises Federation Council and State Duma.

The annual presidential address to the Federal Assembly reflects the leadership’s vision of strategic areas of Russia's development in the near future. The address usually covers political, economic, and ideological issues, as well as specific proposals for the legislature’s work. Senators, lawmakers, members of the Russian government as well as the heads of the country's Constitutional and Supreme courts are traditionally present at the ceremony.

As Putin is currently seeking his re-election, his vision of the results of work performed over the year and prospects for future work is likely to coincide with the key points of his election program, however, the address must not be perceived as a campaign document, according to Putin's election team headquarters.