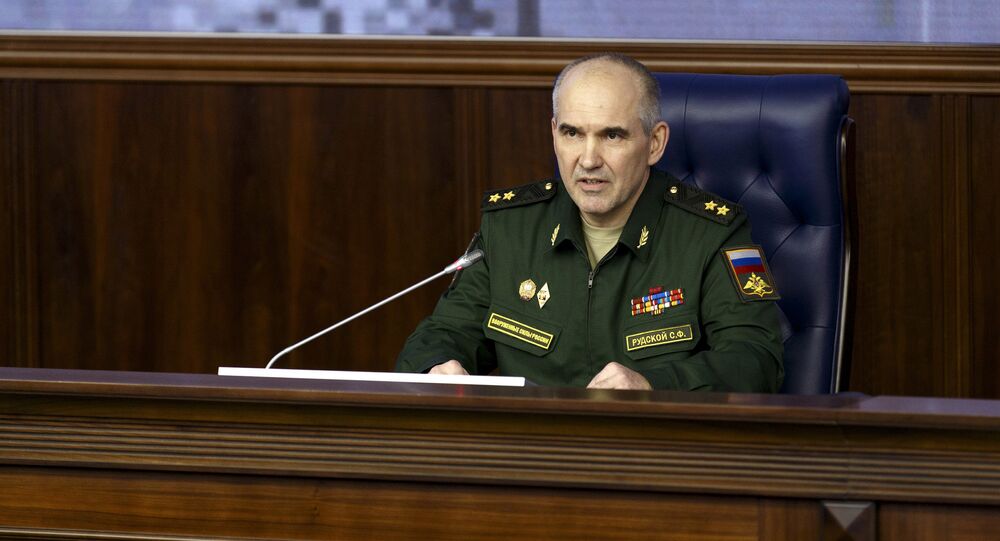 MOSCOW (Sputnik) - The nature of military conflicts has evolved significantly, with a potential high-tech enemy now having the ability conduct them simultaneously on the ground, in the air, at sea, in space as well as cyberspace, Col. Gen. Sergey Rudskoy, said.

"Approaches to the organization and conduct of military operations are changing. New forms and ways of creating, deploying and applying forces are being created. For example, in the event of a conflict with a high-tech enemy, military operations will be conducted simultaneously in five spheres — on the ground, in the air, sea, space, and cyberspace," chief of the Main Operational Directorate of the Russian General Staff Col. Gen. Sergey Rudskoy, wrote in an article published in the Krasnaya Zvezda, the official newspaper of the Russian Defense Ministry.

He noted that recently the volume and scope of the tasks being resolved by the Main Operational Directorate have significantly increased due to the continuously evolving nature of conflicts.

Rudskoy added that the area of military conflicts in which the army and the navy can be applied has expanded. Apart from classic conflicts in which regular armies participate, the military official explained that a new form of combat has appeared, as could be seen in the Syria, where irregular forces act against the government. Also, in his opinion, the balance of military to non-military measures performed by opponents over the course of conflicts of this kind is changing.

The most powerful armies nowadays belong to USA, Russia, China, India, France, Great Britain and Japan. Considering the war possibility, Russia has something to answer the enemy. In particular, the experience gained by the fighters during the special operation in Syria will be applied. Now Russian military forces are working on the generalization of such military operations experience. Then it will be introduced in the training of the military, the management of troops and forces.

In January, Pentagon chief James Mattis said that the US intends to spend billions of dollars on arrangements for a war in outer space with Russia and China.

The US Secretary of Defense said that adapting to today's realities, the US strategy expanded its competitive space, prioritized preparedness for war, provided clear direction for significant change at the speed of relevance, and built a more lethal force to compete strategically with the main rivals, Russia and China.