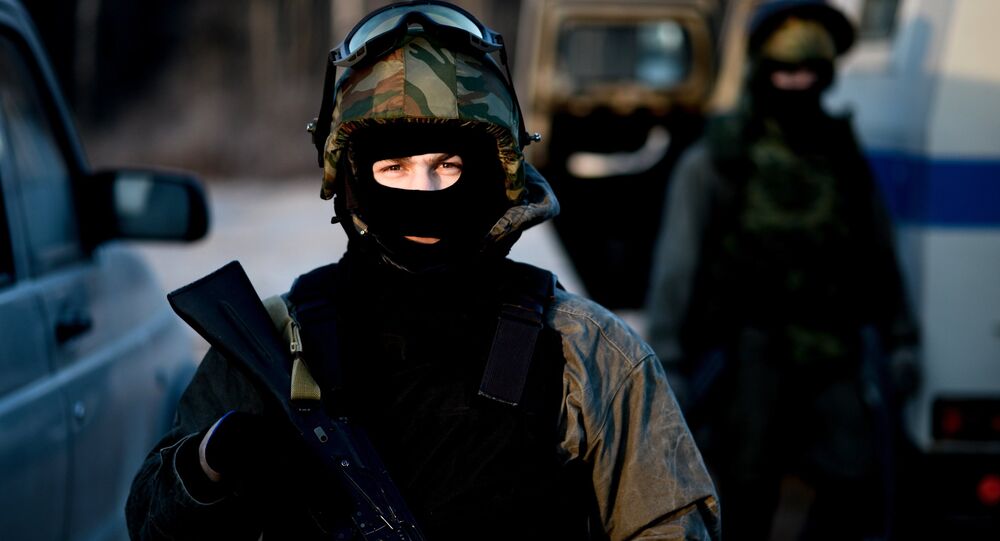 MOSCOW (Sputnik) – The perpetrator of the deadly shooting in the town of Kizlyar in Russia’s Republic of Dagestan has been identified as a 22-year-old region’s resident Khalil Khalilov, Kizlyar’s administration said in a statement on Sunday.

"The killed shooter was identified as Khalil Khalilov, 22, a resident of Rassvet village of Dagestan’s Tarumovsky District," the statement, published on the town administration's website, read.

Earlier in the day, an individual opened fire in Kizlyar during the celebration of folk holiday Maslenitsa, killing five people and injuring four others, including two law enforcement officers. The attacker was killed in retaliatory fire. The Daesh terror group reportedly claimed responsibility for the attack.

© Sputnik / Konstantin Chalabov
WATCH Alleged Video of Shooting During Maslenitsa Celebration in Southern Russia
The incident occurred at 04:30 p.m. local time [13:30 GMT] when the individual, armed with a hunting shotgun, tried to enter the city church, and opened fire on civilians located next to him when the church doors had been closed, the statement noted.

Four women were killed on the site of the incident, while another woman subsequently succumbed to her wounds in hospital, the document added.

The Russian Emergencies Ministry’s therapists are working with the relatives of attack’s victims, the document also stated.

The Russian Investigative Committee said earlier on Sunday it had launched a criminal investigation into the shooting in Dagestan. Committee's head Alexander Bastrykin took the probe under his personal control.