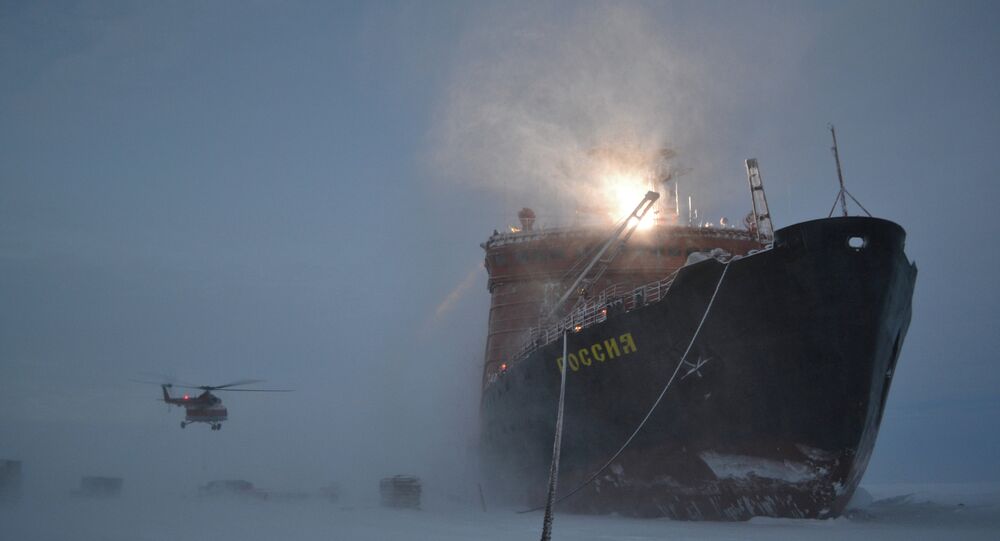 MOSCOW (Sputnik) - The European Union’s policy priority on cooperating with Russia in the Arctic is the environment and climate change issues, EU Ambassador at Large for the Arctic, Marie-Anne Coninsx told Sputnik on Thursday.

"[The priority is] working together on the issues, which are directly related to the Arctic, and which is in the field of environment, climate change, and other issues of common interest," the ambassador said.

Earlier on in the day, Coninsx met Deputy Chairman of the Federation Council Committee on federal structure, regional policy, local government and Northern Affairs, Alexander Akimov. During the meeting she pointed out that the European Union was interested in development of the Northern Sea Route.

"We are very much interested in the Northern Sea Route, and its developments. I had a very positive, very constructive meeting with Rosatom and with [Rosatom's CEO] Mr [Alexey] Lihachev, being here on the first day of my visit, and this is also an area where we see a possibility of increased cooperation," the ambassador stated.

© AFP 2020 / ATTA KENARE
EU Envoy to Russia: European Approach to JCPOA Close to Positions of Moscow
The European Union and Russia are also interested in cooperation in addressing the black carbon issue, according to Coninsx.

"Within the Arctic Council we are supporting a major project in addressing black carbon, black carbon is a serious problem. So there we are looking for partners to join the program. And the second program is in the framework of the Northern dimension where the Northern Environment Finance Cooperation, NEFCO, is working also on addressing black carbon emissions in North West Russia, toxic waste in Krasnyi Bor [landfill]," the ambassador added at the meeting with Akimov.

Take a Deep Breath and Enjoy Mig-31, Su-24 Drills in the Arctic