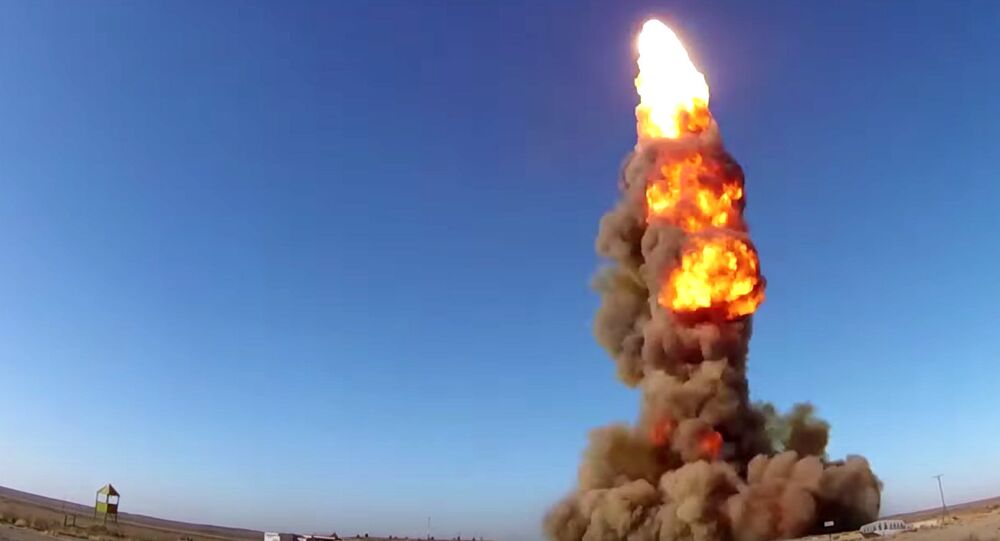 Responding to NATO’s muscle flexing in Eastern Europe and the Baltics, which Moscow sees as a threat, Russia is upgrading its missile defenses with new and more accurate interceptors.

The Russian military has successfully tested a new interceptor missile of for its A-135 Anti-Ballistic Missile (ABM) system at a testing range in in Kazakhstan.

A video posted by the defense ministry on its website shows the moment the missile is fired from the Sary-Shagtan range on the Kazakh steppe.

Deputy Commander of the Aerospace Forces’ air and missile defense task force, Colonel Andrei Prikhodko, said that the technical characteristics of the new interceptor missile by far exceed those of its present-day counterparts.

He added that the missile is capable of intercepting single and multiple strikes, including new generation ICBMs.

© Sputnik / Vladimir Fedorenko
Space Power: Russian Anti-Missile Warning System Protects on Multiple Tiers
The new interceptor missiles will be added to the A-135 anti-ballistic missile system operated by the Russian Aerospace Forces and deployed around Moscow to protect the Russian capital and its environs against enemy missile strikes.

It is also part of an existing system of early missile warning and space control.

Initial testing of the A-135 ABM system began in 1979. The system consists of the Don-2N radar in Sofrino, outside Moscow, the 5K80 command center in Pushkino and several batteries of 53Tb short-range interceptor missiles.