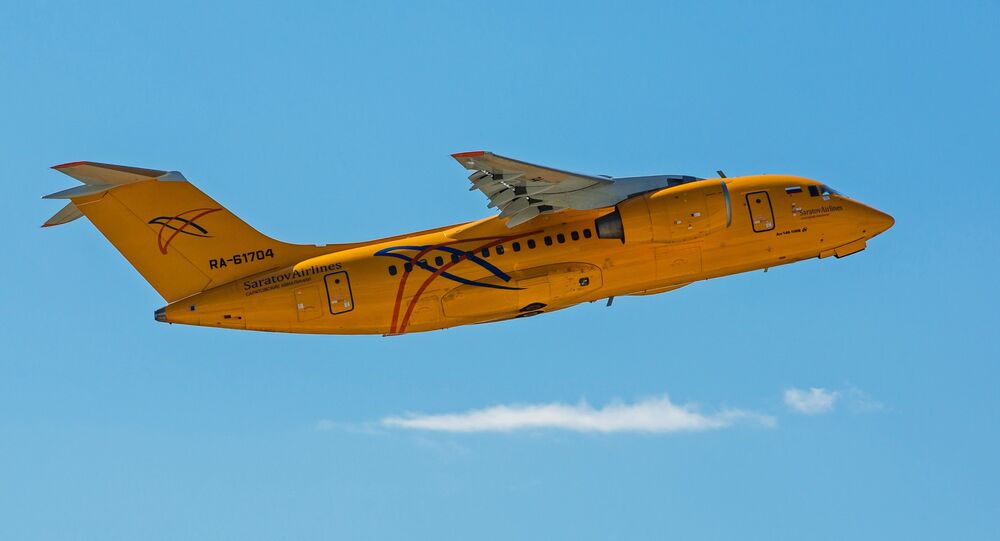 SARATOV (Sputnik) - An-148 plane that crashed in Moscow region shortly after take-off had carried out several other short haul flights before setting off for the city of Orsk from Moscow's Domodedovo airport, the head of the Saratov Airlines press service said Sunday.

The plane with 65 passengers and six crew on board crashed a few minutes after it left the airport. Everyone on board were confirmed to have died.

"An-148 plane today [Sunday] carried out several flights in the direction of Penza and Moscow-Saratov," Elena Voronova said.

The head of the company's press service added that the Saratov Airlines' plane had gone through all technical check-ups without a problem.

© Sputnik / Vitaly Ankov
Russian An-148 Plane Crashes in Moscow Region, All 71 Onboard Confirmed Dead (VIDEO FROM CRASH SITE)
Russian Emergencies Minister Vladimir Puchkov arrived at the site of the crash, according to a representative of the ministry's press service.

Russia's Federal Service for Supervision in the Sphere of Transport has launched unscheduled inspections of the Saratov Airlines as well as the Domodedovo airport after the crash and t will be in particular checked.

Also, Russian Minister for Transportation Maxim Sokolov said that that the decision on possible suspension of An-148 flights after the crash can be taken in agreement with Rosaviatsia and Rostransnadzor.